Still stylish, with plenty of machismo from leads Josh Brolin and Benicio del Toro, Sicario 2: Soldado is a less brainy, more brawny but fitting follow-up to the 2015 original

2 CW readers are interested
Sicario 2: Soldado film review 4 Sicario 2: Soldado film review Daniel Lewis
The world has become a much darker place since the original Sicario was released in 2015. Back then, “UpTown Funk!” was the soundtrack of the summer (for what seemed like the fifth summer in a row), the Marvel Cinematic Universe hadn’t yet swelled to unimaginable proportions and 2016 hadn’t happened.

Like a black hole, this sequel seems to have absorbed all the bitumen-black vitriol that’s been split in recent years to open up a great big fearsome hollow where the first film’s heart used to be. That hollow is largely Emily Blunt-shaped — her character, written out of this film without any explanation, was our desperately needed moral compass, upholding the rule of law, in a world where people seemed to choose their allegiances according to which side of the bed they’d woken up on in the morning. 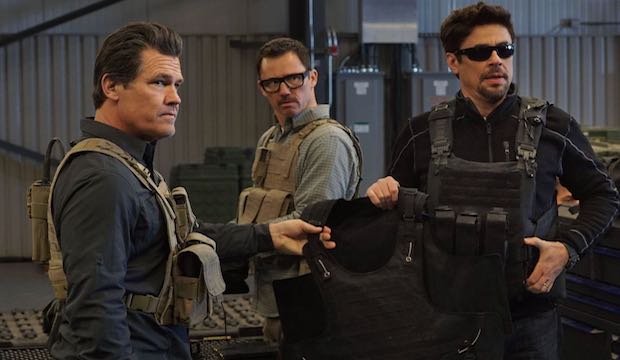 Other absences include the bulletproof director Denis Villeneuve and music from the late Icelandic composer Jóhann Jóhannsson. But these are less felt; the score is put together by another Icelander, Hildur Guðnadóttir, with similar epic growls and Italian director Stefano Sollima, best known for the equally bleak Subarra, mounts his shots on the same canvas as Villeneuve with bolder and darker tones.

The new nihilism that has crept into the frame is glimpsed from the outset. Before we even get reintroduced to the DEA’s very own Machiavelli, Matt Graver, played by the brawny Josh Brolin, we witness two suicide bombings — one carried out with frightening banality in a suburban supermarket.

Supposedly, these terrorists entered the US via the Mexican drug cartels new lucrative people-smuggling trade. To clamp down on this, and reduce their workload, the ministry of defence calls in Graver who quickly whips a plan to set rival cartels at war with each other, the cornerstone of which is to kidnap kingpin Carlos Reyes’ daughter, Isabella (Isabela Moner), and make it look like the other cartel did it.

For this “dirty” no-holds-barred approach, he drafts in his old partner-in-grime, Alejandro Gillick (Benicio del Toro) who still hasn’t made even with Reyes for murdering his family. Meanwhile, we follow the sad, inevitable induction of high school student, Miguel (Elijah Rodriguez) into cartel life, a subplot which very slowly weaves in with the main. 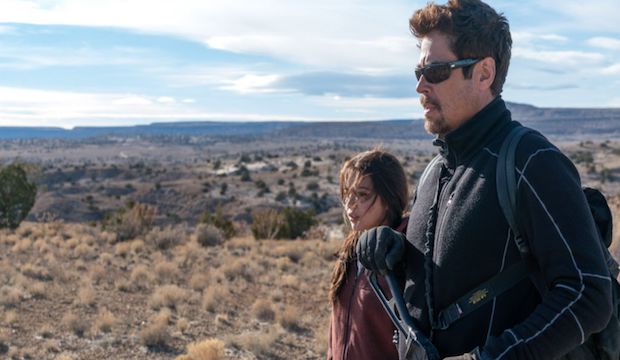 The action sequences are even more liberally peppered across the sequel than they were in the first, and they are often of the total wipeout variety — they 'clean the scene', as CIA boss Cynthia (Catherine Keener) orders it. But Graver and Gillick seem to take no joy from it all. Like the pawns of a government stoked on fire and fury, they’re hardened husks of men, dead behind the eyes as they sink bullets into the ‘bad guys’. And even when the plan goes awry and a prickly moral dilemma arises, they seem to take up positions as if they’d flipped a coin, not through any questioning of right or wrong.

Definitely wrong, however, is the execution of the ending – an annoyingly slapdash Hollywood patch-up contrived to make a follow-up possible – but its message is still fairly clear. When it comes to borders and who gets to control them, what exactly is the difference between these government mercenaries and the Mexican cartels, it asks. Where do you draw the lines, or build the walls? When, and how, will it all end?