The Ciambra 4 The Ciambra Daniel Lewis
Italy is perhaps one of those rare places where almost every stereotype about it holds true. You don’t have to look very fair for evidence of good food, fine wine, a well-cut suit, ironclad family values or, on the side, nepotism, chauvinism and other less than flattering ‘isms’ that, nevertheless, make up the country’s ‘charm’. But that leaves little room for the realities that do not so easily chime in with the story the country tells itself. What do you with those unseen people, those unheard voices? 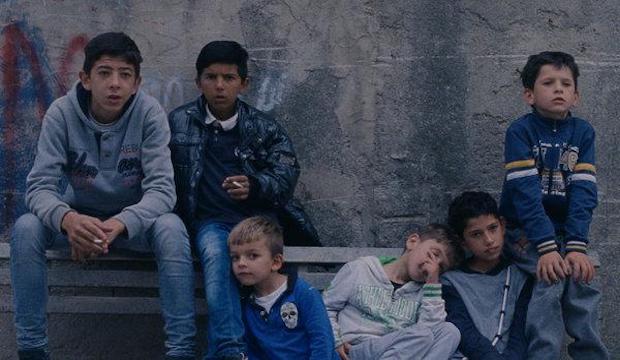 Well, you could make a film about them. And if you’re really clever you could use one of the Italy’s most distinctive periods of filmmaking – the 1940s and ‘50s ‘Golden Age’ of neorealism which saw the rise of directors Rossellini, De Sica, Visconti and Fellini – to tell them. Italian-American director Jonas Carpignano, whose previous feature, Mediterranea, looked at North Africans emigrating to Italy, does just that. Borrowing the neorealist tradition of using non-professional actors and observing while reserving judgment, A Ciambra takes a long, hard look at Italy’s new underclass, immigrants, and in particular the much-maligned Romani or ‘gypsy’ community.

Their makeshift commune (the ‘Ciambra’ of the title) where wildly underage smoking, drinking and pregnancy is the norm, and the pretty much enforced life of crime that sustains this precarious life, is seen through the eyes of Pio (Pio Amato), a fourteen-year-old who is streetwise well beyond his years. Already embroiled in his older brother’s gangster lifestyle, Pio has learnt how to rewire cars, con and evade the police before he has learnt to read. When his brother is arrested, Pio takes over as the main breadwinner of the family which includes his aged grandfather, worn-out and unemployed parents and many siblings (and their children). 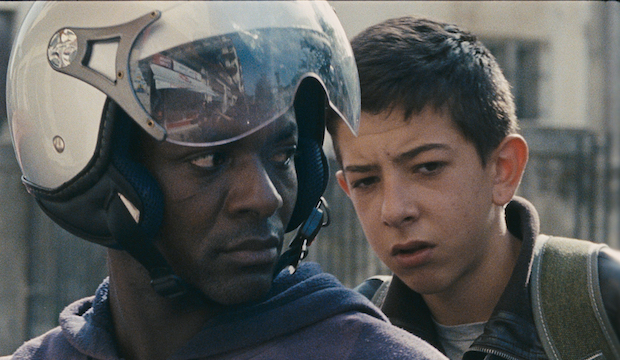 The Ciambra makes much of Pio’s resourcefulness – he’s sharp as a knife – but the film never loses sight of the fact that necessity is the mother of invention and that this overgrown child is desperately in need, not only of quick buck schemes but also guidance. Pio’s reluctant, on-and-off partner in crime – Ayiva, an adult East African immigrant – provides the little he can but their delicate bond is put under strain by racial tensions between the Romanis and the Africans with whom they compete for resources, space and respect in the unwelcoming territory of Italy’s already struggling South.

The Ciambra is the sort of that will be eyeopening for some and sad confirmation for others. Perhaps predictably, some of the film’s more documentary elements can sit awkwardly with its fictional ones, slightly rocking the storytelling. But this conflict does little to detract from the film’s central thrust, that the societal diseases Italian filmmakers diagnosed 60 years ago – poverty, disenfranchisement, disillusionment – still persist and have been passed down to a whole new generation of people. It’s certainly worth a watch if you’re heading southeastwards this summer.