From the fun to the feelgood to the fast and furious, here are the best blockbusters of 2018 coming out this summer 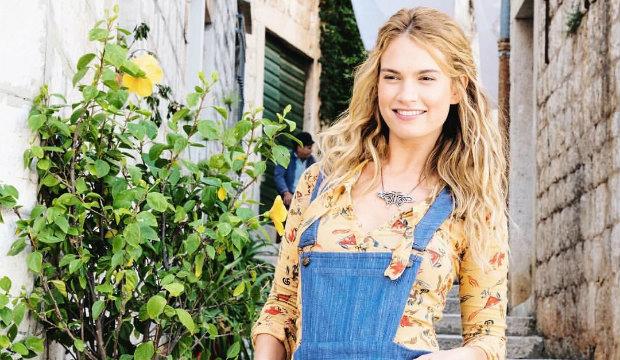 Coming out this summer: best blockbusters of 2018
As the sizzle of barbecues begins to fill the air and we all start to remember what heat actually feels like, it's tempting to spend as much time as possible outside soaking up those precious rays of sunshine. But if you need a chance to cool off or shelter from those pesky storms, there are plenty of excuses to duck into the air-conditioned comfort of the cinema. Here are a few of the flicks we'll be basking in the glow of this summer.
OCEAN'S 8 (18 JUNE)

Sisters are doing it for themselves in this all-female reboot of everyone's favourite heist caper franchise. Headed up by Sandra Bullock and featuring Anne Hathaway, Cate Blanchett, Mindy Kaling and Rihanna, this crack team of con artists attempt to swipe some jewels at New York's Met Gala. Expect an embarrassing number of celebrity cameos.

Well, technically, the fourth. With three movies already in the bag, this franchise's latest instalment takes us back to the origins of a nation's sinister tradition of letting its citizens loose for one night where all crime is legal. It looks like there will be the usual chills and thrills but, this time it's topical. Happy Independence Day!

Here's another appearance from the most overworked man in Hollywood, Dwayne 'The Rock' Johnson. Earlier this year, he was saving Chicago from complete destruction by a group monster mutant animals. Now it's Hong Kong where the world's tallest and 'safest' skyscraper is under siege from terrorists. Where is this man's Nobel Peace Prize?

The hype is perhaps a little bit too real for this follow-up to the best film to have ever come out of the Pixar studios. This is definitely one for all ages, and might just be one for the ages.

It's been 10 years since Mamma Mia! and we've felt every single one. Thankfully, the whole of the old cast and some newbies, including Andy Garcia, Lily James and Cher, are sailing back onto our screens this summer for another round of feel-good magic. We dare you not to sing along.

It's the question on everybody's lips: what's Tom Cruise up to? Well, apart from making a start on a much-needed sequel to Top Gun he's been knocking together and getting knocked about in the sixth (yes, sixth) instalment of the action film series with Henry Cavill, Simon Pegg and Angela Bassett. The man's truly tireless.

ANT-MAN AND THE WASP (3 AUGUST)

Paul Rudd gets suited and booted for the Ant-Man sequel this August. Joining him in his growing and shrinking antics is Evangeline Lilly as Wasp. The film will mark Marvel's 20th in just 10 years. Time really does fly when you're having fun.

The Meg sees Jason Statham get wet and wild as a diver trying to catch and kill a megalodon, a 75-foot-long prehistoric shark, before it reaches the mainland to wreak havoc. If the idea of Jaws on steroids floats your boat, this is the one for you.
CRAZY RICH ASIANS (17 AUGUST)

Although it's been rocked a little by controversy around its casting, this film is sure to be a box office hit. A light and frothy tale about a professor who discovers her fiancé comes from one of Asia's wealthiest families when he whisks her off to Singapore for a friend's wedding. Besides the riches on show, this one's steeped international Asian talent, including Gemma Chan and Michelle Yeoh.

Back by popular demand, the follow-up to the 2014 thriller sees Denzel Washington deal out yet another hefty dose of remorseless revenge to prove vigilante justice is still alive and well.

What does Mila Kunis and Kate McKinnon bouncing around Europe trying to fend off international hitmen with no secret service training plus zingy one liners, high octane action and explosions equal? Fun.