The latest offering from François Ozon, L'Amant double is a ripe gorgonzola of a film that will be enjoyed by drunk film students for years to come

His most recent film, Frantz, was a half-remake of Ernst Lubitsch’s Broken Lullaby with the narrative perspective rearranged; L’Amant Double is a dead ringer for Dead Ringers, David Cronenberg’s psychological horror about twin gynaecologists (again, with the perspective rearranged), that includes multiple visual borrowings from Vertigo and Psycho.

Dead Ringers as remade by Hitchcock sounds, at worst, reliably thrilling. But Ozon’s version is more reminiscent of 50 Shades of Grey via Frasier, and about as ludicrous as that sounds. 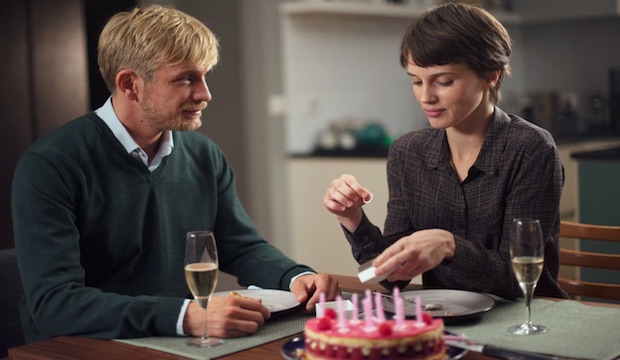 It’s a ripe gorgonzola of a film, about as easy to take seriously as an Eddie Izzard sketch of French cinema. It does have the good grace to be enjoyably atrocious, at least; and anyway you get the impression that Ozon’s not that bothered what anyone thinks. The prolific director will probably be making something new soon anyway.

We are introduced to Chloé (Marine Vacth) via her vagina. It’s not immediately clear where the camera is pointing, but it slowly reveals itself to be peering down the barrel of a speculum. Chloé is getting a check-up because she’s plagued by abdominal pains; her gynaecologist thinks it might be psychosomatic, and recommends a therapist.

Paul (Jérémie Renier) turns out to be both helpful and hunky. Despite the effectiveness of his sessions with Chloé, he soon brings them to a close: he is simply too enamoured of his patient to maintain a purely professional relationship with her. The two share a passionate kiss, and before you know it, they’re moving in together.

But Paul has a secret, and Chloé doesn’t have to do much digging to find out what it is. Her beau has a twin called Louis, also a therapist, who has a practice just across town. In the interests of snooping, she surreptitiously books a session with this more sinister brother, and soon finds herself caught up in Louis’ ‘unorthodox’ therapeutic methods (hint: they are sexy methods). 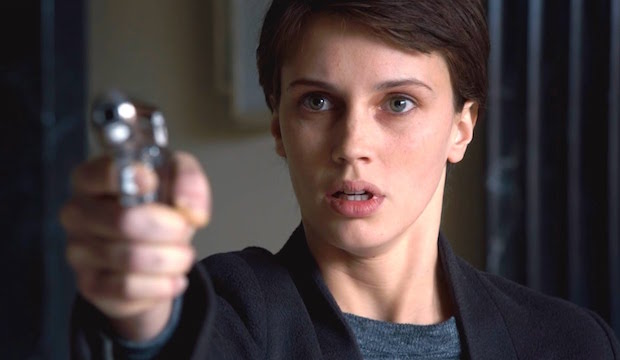 It’s all supposedly a take on Self and Other, on the Freudian concept of Transference, and etc etc... ideas pushed on the audience by bulldozer symbolism. There are mirrors everywhere in L’Amant double; Chloé can’t walk down a corridor without being ‘significantly’ reflected in some shiny surface or other, and Ozon’s film will make a great drinking game.

Somehow, toward the end, L’Amant double actually achieves the thing that it’s spent most of its running length laboriously spelling out: the uncanny. It bursts through the lower level of its own badness and briefly becomes an effective horror.

But its hit-and-miss scariness will only secure its status as a favourite for fans of the so-bad-it’s-good genre.