Adrift film review 2 Adrift film review Daniel Lewis
In Adrift – the latest lost-at-sea, survival story to have a film deal – there’s a scene where Tami (Shailene Woodley) and Richard (Sam Claflin) struggle through a stormy Pacific Ocean in their sailing boat. Pushing towards them, obscuring the sky, is a dark, titanic wave. It’s a moment highly advertised in the trailers, and shows the terrifying, unmerciful scale that Mother Nature can and will shift into. There’s no empathy, no sense of human ethics or morality – she just is. But what you don’t see in the trailers is the rest of the movie, which is curiously dull. 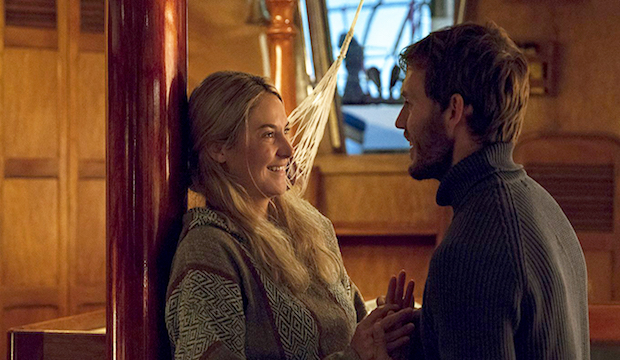 Based on the 2002 memoir by Tami Ashcraft, Adrift chronicles the story of Tami and Richard as they meet and fall in love in ‘80s Tahiti. When the couple accept an offer to sail across the Pacific to San Diego (Tami’s home-city), they drift inside a vicious hurricane – throwing them thousands of miles off-course. Richard’s leg is severely injured, so Tami has to do all the work. The last option is to head for Hawaii, which is a one-in-a-million shot, otherwise they’ll be dead in days.

Much of this film is as you’d expect: rationing provisions, spearing fish, throwing up, and attempting to master the aquatic forces of nature. What’s different is Tami and Richard’s love story, presented in a continuous flashback format – jumping back-and-forth between them surviving at sea and the flowering of their relationship prior to setting sail. 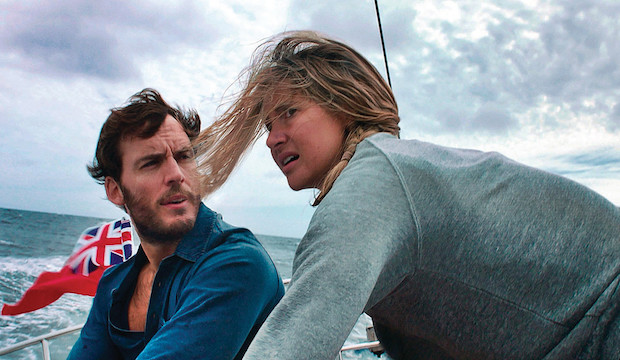 Unfortunately, the love story is nowhere near as engaging as the lost-at-sea story. The script by Aaron Kandell, Jordan Kandell (writers of Moana among other features) and David Branson Smith is filled with desperate clichés that belong in soppy teen-dramas (“I never met anyone like you”, “you can do anything you put your mind to”), as well as embarrassing expositions that feel written for the trailers. There are surprising and exciting moments, but they are dangerously short-lived.

Although Everest director Baltazar Kormákur tries to keep the thrills up, and although Shailene Woodley delivers a shattering performance, and although the imagery from veteran cinematographer Robert Richardson is inventive and scary, they can’t escape the flatulent screenplay.