In Hotel Artemis, Jodie Foster tops off a cast including Sofia Boutella and Sterling K. Brown in a dark yet lighthearted film set in a deeply criminal future L.A.

Hotel Artemis film review 4 Hotel Artemis film review Daniel Lewis
There’s something infectiously enjoyable about Hotel Artemis, the directorial debut from mainstream screenwriter Drew Pearce (Iron Man 3, Mission Impossible: Rogue Nation). It’s a film that could’ve easily turned into a complicated disaster; the premise is rather silly, there are many explosions, and there’s an overwhelming flurry of characters with their own pregnant sub-plots. Yet Pearce executes his script so well that Hotel Artemis succeeds as an accessible, hilarious and fun genre-bending action comedy.

We’re transported to 2028 Los Angeles where there is a city-wide riot building up in protest against the Clearwater Operation, an organisation charging unreasonable amounts for access to water supplies. The riots attract criminals to the mythical Hotel Artemis, a disguised members-only hospital catering to outlaws, run by the Nurse (Jodie Foster). Two brothers (Sterling K Brown and Brian Tyree Henry) enter wounded after a heist goes wrong. They are met by an offensive arms dealer (Charlie Day) and a fashionably violent assassin (Sofia Boutella). There are many rules that these law-breakers must follow, lest they be evicted from Artemis. Inevitably, these rules begin to be broken and chaos ensues. 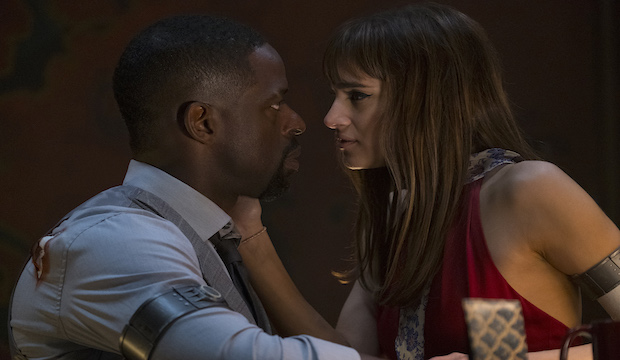 The characters are numerous, with some easy candidates for cutting out altogether, but they’re all stuffed with entertaining idiosyncrasies – despite all being noir-y archetypes. The emotional weight is placed with the Nurse, who, many years ago, suffered a family tragedy. Foster proves her talent yet again (after being absent from our screens since 2013’s Elysium) as she balances her character’s sharp-as-knives humour with the sadness of her loss. Against her own rules, she takes in a police officer from her past (Jenny Slate), and these painful memories come flooding back.

The plights of the other characters are nowhere near as strong as the Nurse’s, but you’re never nonplussed when they reappear on-screen. All have something to offer, particularly in the way of comedy – something at which Dave Bautista, who plays the Nurse’s henchman and handyman, excels. If it weren’t for Foster, he’d easily steal the show. 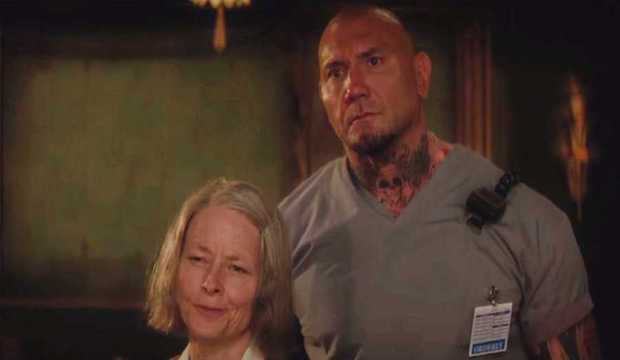 But, although we understand the dystopia blowing up outside (thanks to Pearce’s succinct and punchy expositions), you can’t help but feel it’s not enough. The water problem in L.A. echoes the plot of Roman Polanski’s neo-noir classic Chinatown, making Pearce’s world somewhat familiar, but it doesn’t connect easily with the central story. The riots provide a reason for the criminals to seek shelter inside Artemis, but its relevance doesn’t reach far beyond that.

Hotel Artemis has some glaring issues, but it’s still an exciting burst of electric fun from start to finish. You can see pieces of Tarantino and Shane Black in the screenplay, and one action scene in particular resembles the famous corridor-killing scene in Park Chan-wook’s Oldboy (it’s no surprise that Oldboy’s cinematographer Chung Chung-hoon was chosen for the film). Although the history and mythology of the world, and the hotel, are left annoyingly unexplored, the patients inside are sure to peak your heart rate.