The fourth film in the franchise, The First Purge takes a few cheap shots at satire, featuring a performance from Y'lan Noel (Insecure)

Set in an indeterminate time before 2013’s The Purge, the practice of making every crime legal for a 12-hour period is yet to be enforced. America’s turned into chaos, leading to civil unrest. The NFFA (New Founding Fathers of America) are a strong, new political force who come up with the bright idea of “purging” and wish to conduct a large Purge experiment to test its effectiveness on Staten Island, New York. 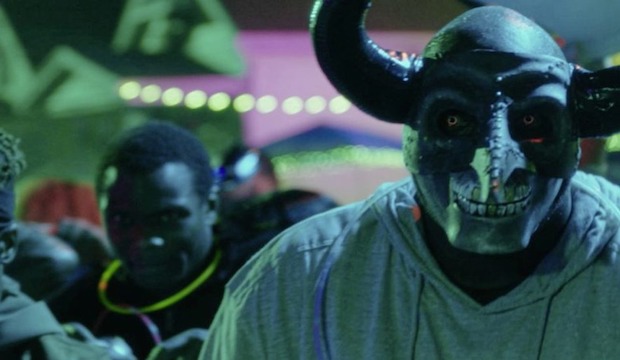 The First Purge, once again, follows another gaggle of confused characters who need to survive the night – and these are some of the least sympathetic in the series. Isaiah (Joivan Wade) deals drugs and holds a grudge against a crazy, but entertaining psycho who calls himself Skeletor (Rotimi Paul) for slashing him in the street. Dmitri (Y’Ian Noel) is a gangster-turned-good guy, being heartlessly violent one minute and emotionally heroic in the next. There’s some hope with Nya (Lex Scott Davis), an anti-purge protestor who helps to protect the defenceless citizens of Staten Island, but despite her hard and engaging shell, there’s not much happening under the surface. 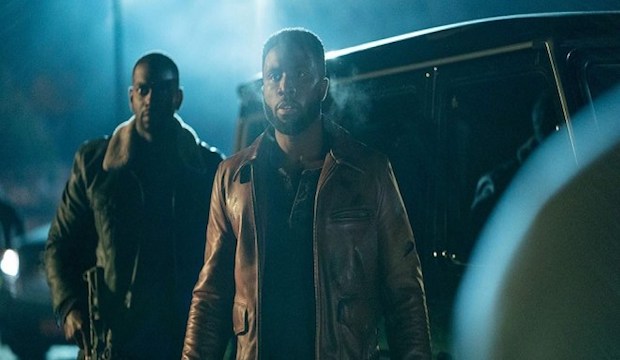 The worst scenes are those between Chief of Staff, Arlo Sabian (Patch Darragh), and Dr Updale (Marisa Tomei), who oversee the Purge experiment. There’s no attempt to cover their exposition, as if DeMonaco has finally grown tired of his own franchise. Updale, in particular, sounds like she’s dictating from a textbook of clichés. After the experiment inevitably flies out of control, she got the biggest laugh from the audience after saying (without irony): “What have I done?”.

The First Purge tries to hold a mirror up to modern America, to its relationship with violence and media, and even works in some great Trump-baiting (“pussy-grabbing motherfucker!”). But like the other Purge films – including the original, which is quite good – this airless prequel falls short of its political motivations to pursue wafer-thin characters and badly-constructed plotlines. Childish Gambino said more about violence in America in four minutes than DeMonaco has done in four feature-length movies. Maybe it’s time to put The Purge out of its misery.