Rediscovering her African-American identity as well as uncovering her rocky childhood, Whitney is the latest, and hopefully last chapter on the phenomenal singer. Directed by Kevin McDonald.

Whitney film review 4 Whitney film review Daniel Lewis
Say what you want about the woman, the myth, the legend that is Whitney Houston but don’t say she wasn’t gifted. Her voice was much like truffle or gold leaf or a rich chocolate coating: you could throw it on top of anything and we’d have it. It was a gift so moreish, so rare, that we wanted to know everything about the full package — all the loose-ended bows and ruffles — and, it seems, we still do, some six years after the singer’s death in 2012.

Following hot on the tail on last year’s Whitney: Can I Be Me by Nick Bromfield, who largely unpacked the Houston family conflicts, comes this slightly more unconventional documentary from another British filmmaker, Kevin McDonald, who does some more rummaging to try to get the bottom of what exactly unraveled Whitney. 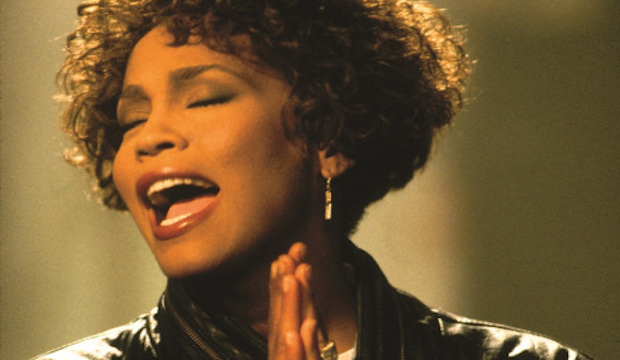 Thankfully, the director of The Last King of Scotland and Touching of Void, considered by some as one of best documentaries of all time, is willing to venture further afield to do so. Punctuating the obligatory interviews from family and friends, many telling the literally familiar story of Whitney’s drug use — her brothers introduced her to them — are rapid montages which mix highlights from Whitney’s career with world events.

These moments are reminiscent of O. J.: Made in America, winner of the Best Documentary Oscar last year, and, like that film, they reposition Whitney as a specifically African-American icon — something which the films brings to light by looking at her opening of the 1991 Super Bowl (Google it!), her early relationship with the very much African-American Bobby Brown and her interracial onscreen romance with Kevin Costner in The Bodyguard, the film which secured Whitney’s place near the top of the A-list. 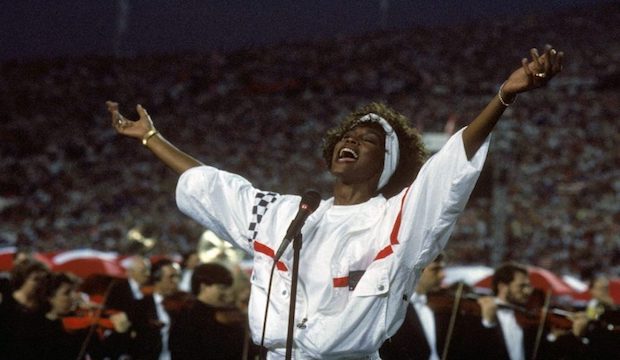 Being subtly reclaimed, too, by Whitney’s family members, is the image of Whitney as “Nippy” (her childhood nickname), as an innocent, unblemished prodigy. Whitney reveals that there remains a strong core of people, not least ex-husband Bobby Brown, trying to push Whitney’s best friend and sometime-tour manager, Robyn (a lesbian) out of the picture. Going beyond their testimonials, and Bromfield’s documentary, the documentary suggests that Whitney didn’t suffer from a confused sexuality but one damaged not only by the shock of discovering her parents’ infidelities at a young age but also by being molested by an aunt who took advantage while Whitney’s parents were away on tour.

This is McDonald’s most substantial addition to an already well-documented story, his biggest ‘revelation’, which will undoubtedly be one of the film’s biggest talking points. It’s a revelation so definitive that you hope it might put an end to all the talk about one of the most talked about people of the last few decades. Mercifully, Whitney seems keen to lay it all to rest, too. It ends with footage of Nippy; the 19-year old Whitney wooing and wowing the crowd in her first television appearance in 1983. It reminds us that, once all these rumours fall away, all the wrapping, what remains is that phenomenal gift.