The latest from Winter's Bone director Debra Granik, Leave No Trace is a memorable and moving drama about those teetering on the edge of the American dream

1 CW reader is interested
Leave No Trace film review 5 Leave No Trace film review Daniel Lewis
Big house, big car, big TV: this is probably the most recognisable version of the American dream, that way of life which essentially says, “more is more”. Perhaps less recognisable is that which says "less is more”; the off-the-grid stripping down to bare essentials which is equally, if not more, expressive of that desire to be self-made, independent and the pursuit of happiness. But can modern American make room for both versions?

That’s the question posed by this outstanding drama which subtly shows how the forces of law and order and even well-meaning social services are slowly eroding the ability to live far from the madding crowd; in and with nature. Living this wild life are Will (Ben Foster) and his daughter, Tom (Thomasin McKenzie). They seem like the wholesome, outdoorsy, resourceful, happy-go-lucky types until we realise this seclusion is as much a necessity as it is a choice. 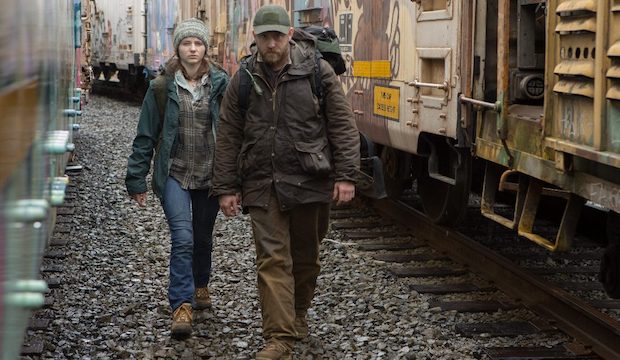 They live off their makeshift allotment, making the occasional covert trip to the local supermarket, and practice guerrilla training in the undergrowth to avoid detection. Will wakes up in cold sweats from dreams filled with the deafening sound of circling helicopters and makes a little on the side by selling his PTSD medicine.

A small slip sees their already precarious lifestyle turned upside down. Told repeatedly, with cruel irony, that they can’t live on “public” land (the national park they’ve been calling home), they are turfed out as squatters, and taken in as homeless by a sheltering agency but are soon out and about again, attempting to re-make their lives on their own terms.

Like a small clutch of films on the less glitzy, groomed and glamorous people of America, such as last year’s slightly neglected The Florida Project and the recent Lean on Pete (also set in the diverse wilds of Oregon), Leave No Trace is a bit of a dreamcatcher of a film. As it makes its precisely plotted journey with a seemingly off-the-cuff style, it gathers a wealth of weird and wonderful Americana into a fine web through which we can glimpse American life on the margins and the breadline. It’s the same sort of collector’s curiosity that director Debra Granik brought to 2010’s similarly affecting Winter’s Bone. 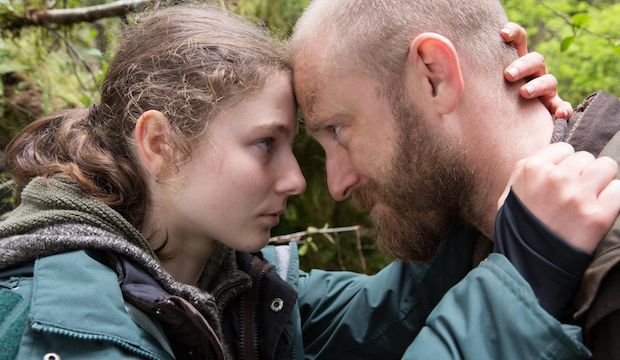 Bearing up under all this bric-a-brac are two wonderful performances from the central father-daughter duo whose bond shows no sign of breaking even when it seems stretched to the limit. Some of their, and the film’s, finest moments come near the end when the pair half-settle into a sort of caravan commune, run by a generous matriarch (Dale Dickey), where people are just as happy to huddle around the fire with folksongs as they are to be left to their own devices.

Although Will and Tom struggle to agree whether or not this community is the perfect fit, the film seems to offer it up as vision of what American might be: cooperative, characterful, fundamentally kind. It may even be a version of what American already is, in some rapidly shrinking corners of the country.