All of Baby Driver from the title down reflects what it is: a passion project with a too-long gestation period, an oddly inward and selfish movie that perhaps means a little too much to the creative mind behind it. The fact that its conception predates Wright’s later work is telling – cartoonish without being funny and impressive without being affecting, Baby Driver feels like a show-offy feat of technical wizardry with an immature pastiche narrative wrapped around its central conceit.

That conceit is, admittedly, clever. ‘Baby’ (Ansel Elgort) is a baby-faced getaway driver, a hipsterish dude permanently attached to his sunglasses and headphones, the latter explained by a lifelong case of tinnitus. Rather than endure permanent whining, Baby listens to pop songs (favouring classic rock) so frequently that his incessant soundtrack has become key to the success of his job: his driving ability is now dependent on the music. With the right killer track, Baby can flick and spin a car through busy traffic with awe-inspiring skill, timing his reactions to the beat. Without a tune, though, things get messy. 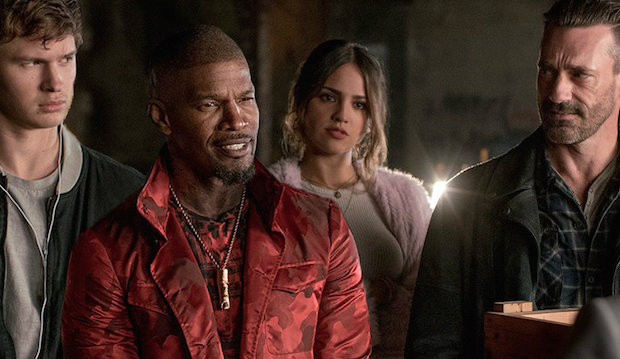 Baby Driver should be visually spectacular at least, and it’s certainly filmed in typically Wrightian style, full of cute visual rhymes and whip-pans and edited with snare-snap timing. But because it rarely tries to be funny – the jokes are great but few – this style feels a bit pointless. It’s like watching expert slapstick with the humour removed, ‘serious’ clowning that aims for something cooler than comedy. Whatever that thing was, Baby Driver misses it, only scraping the paintwork.

The result isn’t disastrous by any means. It's just that Baby Driver doesn’t have the memorable characters or emotional resonance of Wright’s goofy comedies. To paraphrase Martin Amis, the opposite of funny isn’t serious or cool: it’s not funny. 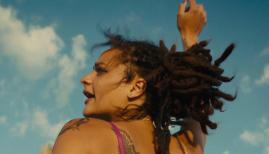