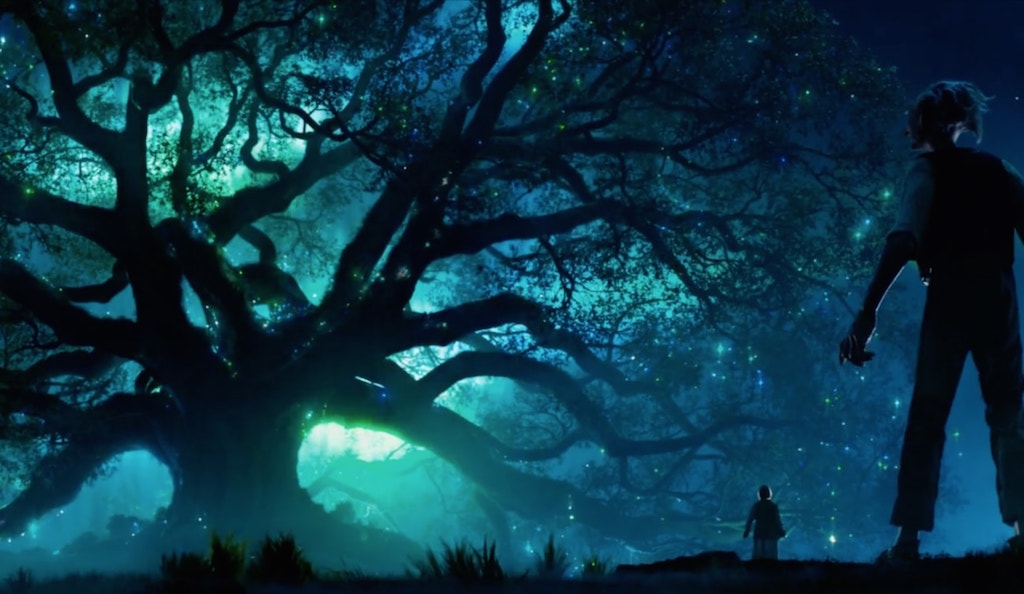 Inspired by true events in the Iraq war Sand Castle is a modern war film exploring the horrors experienced by a group of US soldiers in 2003, starring Nicholas Hoult and Henry Cavill (aka Superman). The intricacies of the plot remain a tightly guarded secret, but expect a serious film exploring dark underside of the Iraq war, from the effect on the American military to the mass destabilisation of the region, problems which continue to make headlines today. It’s the second major military movie to come from Netflix (The Seige of Jadotville was the other one) and we're excited to see how the streaming network makes tracks in the serious, thought provoking and -- inevitably -- heart-breaking genre of film.

Imagine if Game of Thrones' Jaime Lannister, released from prison where he'd been incarcerated for being the murderer that he is, and then he tried to start his life afresh. That, sort of, is the premise for Small Crimes, a new Netflix Original movie that has a great cast starring Nikolaj Coster-Waldau. It follows the story of an ex-convict who, try though he might, cannot quite get away from his past and escape the impossible cycle of murdering and mixing with the wrong kind of people. From the look of the trailer, a comedic light-touch is brought to all this misery. 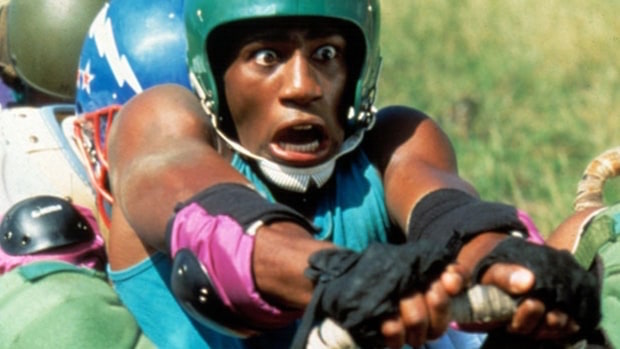 The cult 1993 film that follows the dreams of four Jamaican bobsledders and a disgraced former champion in their bid to compete at the Winter Olympics, despite never having seen snow. A classic underdog masterpiece that will cater to your inner child. "Rise and shine! Derice Bannock: It's butt-whippin' time!" 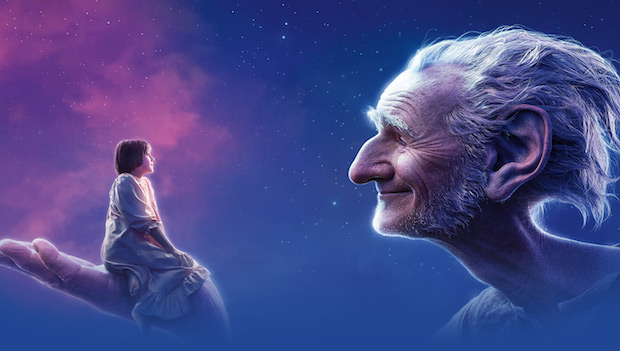 Scrumdiddlyumptious news, if you ask us! Steven Spielberg’s adaption of Roald Dahl’s famous children’s book tells the story of Sophie, an orphan bookworm who is whisked away to Giant Country by the titular Big Friendly Giant, a sweet-natured 25-foot curmudgeon who distributes dreams to the sleeping populace of London. Read our review here. 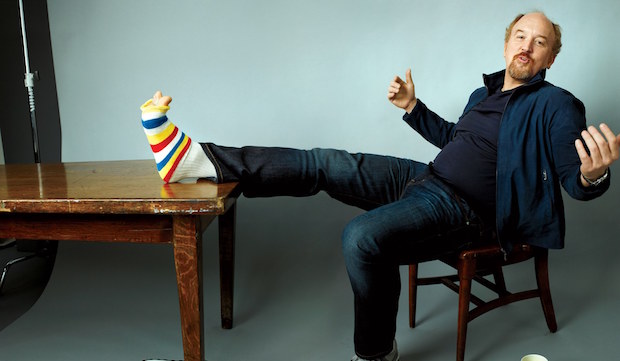 If you haven't heard of American comedian Louis CK, you need to get on it. He began his career writing for several comedy shows in the 1990s and early 2000s for comedians including David Letterman and Conan O'Brien, but he's most famous for his stand-up shows and hugely entertaining, outlandish comedy. Last time he was on SNL, for example, he made a joke about just how much sex-offenders must love sex-offending, so prepare yourselves. This Netflix special follows the success of other specials hosted by the streaming service, including Katherine Ryan, Amy Schumer and Trevor Noah. We promise you, this is one to watch. 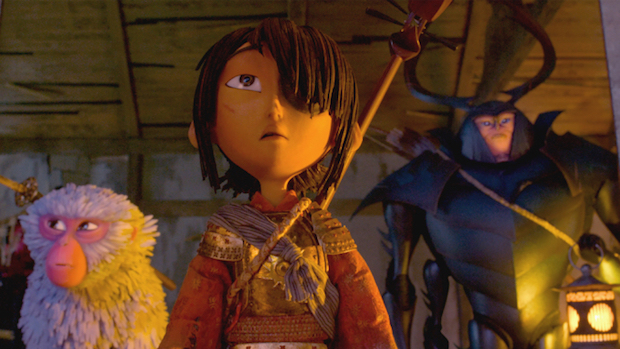 In this original story, framed as a Japanese myth, young Kubo is a charismatic, magical young storyteller. Each day Kubo leaves the cave where he lives with his ailing mother and descends into the town to tell his stories: with the help of his guitar, he brings to life origami figures that act out the brave and daring feats from the tales he tells. Little does he know that his mother's stories are true: that the evil Moon King is his grandfather and the King's weird, spectral daughters are his aunts, and that they are coming to claim Kubo's one remaining eye. Read our review here.

The Get Down is one of Netflix’s most expensive series (second to The Crown, obviously) and its getting its next update. The talented Baz Luhrmann and a team including Oscar-winner Catherine Martin, Grandmaster Flash, Pulitzer-winning playwright Stephen Adly Guirgis, and hip-hop historian Nelson George bring us part two of the drama documenting the emergence of a new form of music: hip-hop. Set in the late 1970s in New York, just as disco was dying out, watch hip-hop rise from the ashes of a dull, depressed and nearly bankrupt city through a group of young people in the South Bronx. Six more episodes are scheduled in April with season two likely airing in the autumn. 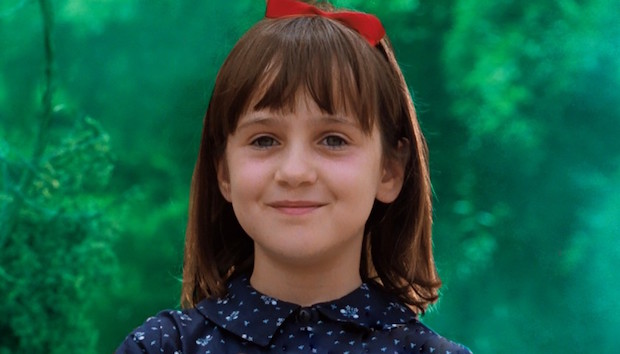 So many memorable moments. The pigtail swinging, cake tray lickin', cheerio eating is bound to have an on-screen renaissance. Forget the musical, this is the ultimate 90s kid film. Miss Honey, Bruce Bogtrotter and the rest of the gang are coming to Netflix to take on Miss Trunchball - we still shudder at the name. We're seriously looking forward to embracing the nostalgia that this new addition will almost certainly bring. We're also ready to fall back in love with the soundtrack. 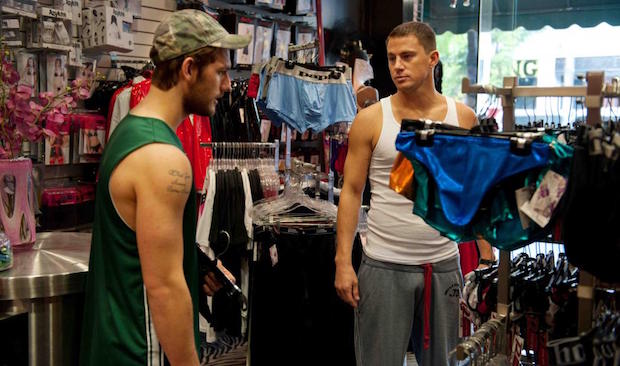 Why not bask in the unashamedly lowbrow delight of Magic Mike, where Channing Tatum makes ends meet as the headliner of an all-male revue. Expect abs, Ginuwine, velcro bowties and a whole lotta baby-oil.

Children of the 90s rejoice: Bill Nye, the blustering bombastic 'science guy' that every school science teacher has turned, to at one point or another, is back to save millennials from the curse of 'fake news'. Bill Nye – the Emmy-nominated host, educator, engineer, and curator of curiosity – arrives on Netflix with a new show that tackles topics from a scientific point of view, dispelling myths, and refuting anti-scientific claims. Watch Bill neutralizes falsehoods and boosts the truth: 'It’s not magic – it’s science!' Expect lively panel discussions, wide-ranging special correspondent reports and Bill’s very special blend of lab procedure and genuine persona. And yes, that is Karlie Kloss you can see on the trailer.

Inspired by the New York Times best-selling book #Girlboss by Sophia Amoruso, founder of the fashion brand Nasty Gal, Girlboss centers on Amoruso (Britt Robertson), who began selling vintage clothes on eBay. By the age of 28, she had built the multi-million dollar fashion empire, Nasty Gal. Don't think fashion documentary. Think drama of a powerful business lady and her story to success.

According to Netflix: 'Casting JonBenét is a sly and stylized exploration of the world’s most sensational child-murder case'. It examines the unsolved death of six-year-old American beauty queen, JonBenét Ramsey. A hybrid of fiction and non-fiction filmmaking explores the media speculation and public hysteria that cast JonBenét’s parents, John and Patsy Ramsey, of killing their own child, 20 years after the event. Look at those tiny blond girls talking about child-murder and tell me your blood doesn't run cold.

Dear White People is an hilarious send-up of 'post-racial' American Ivy League universities. Ostensibly a coming of age story, the satirical series picks up where the acclaimed 2014 film by the same name left off and follows a group of Winchester University students of colour as they attempt to work their way through the impossible landscape of social injustice, cultural bias and political correctness (of lack of it) and sometimes misguided activism. Prepare to cringe. 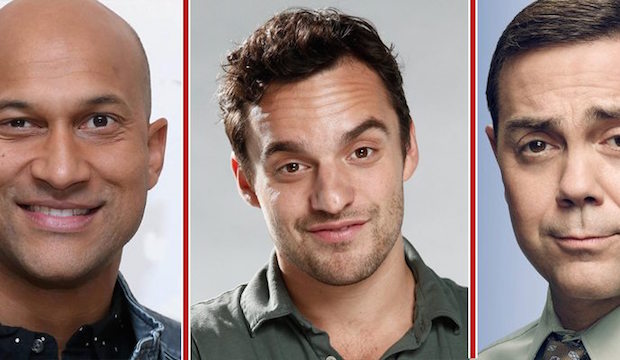 Just look at those three famous faces. Jake Johnson (New Girl) Netflix, Joe Lo Truglio (Brooklyn 99) and Keegan-Michael Key (Key and Pelle) are coming together for this little known film due to premiere at South by Southwest midway through March. Directed by Joe Swanberg who also wrote the movie alongside Jake Johnson, Win It All promises to be very funny. This is the story small time gambler Eddie Garrett who agrees to watch a duffel bag for an acquaintance heading to prison. When he discovers cash in the bag, he's unable to control himself and winds up deeply in dept. Ready, steady, lol.