Of all the X-Men cast, Hugh Jackman – Wolverine – was never exactly the most accessible. Logan, the umpteenth Wolverine movie, finally reverses that

Logan film review 4 Logan film review Helena Kealey
We arrive in the Tex-Mex borderlands in a mildly dystopian 2029 – there seems to be a fence, but no wall – where we find a world-weary Wolverine, aka Logan (Hugh Jackman), working as a limo driver who has slipped into alcoholism, suffering arthritic pain from his metallic skeleton and claws and whose power to self-heal is rapidly fading.

With the assistance of mutant helper Caliban (Stephen Merchant, providing comic relief), Logan is also caring for Professor X (an undiminished Patrick Stewart), now an ailing nonagenarian (he’s very particular about this term) suffering from an degenerative brain disorder and subsequent seizures which manage to suspend time and cause quasi-tectonic activity. Due to these, and the fact mutants are outlawed, they are all in hiding – the last members of the once-strong mutant race.

Or so they think. Turns out a nasty corporation has been nurturing a new batch of mutants for the state, run by a nefarious Richard E. Grant (the British are always the baddies). Both he and his heavy (a super-sinister Boyd Holbrook) are on the hunt for those mutants who have escaped the programme. Things become a little more complicated when a young girl, Laura – played by new-kid-on-the-block Dafne Keen – with suspiciously similar abilities to the Wolverine comes into the reluctant care of Logan and his gang.

your questions about logan answered

The scene seems set for your average cat and mouse, slice and dice action film, and Logan undoubtedly carries much of this DNA, but it is also for the ‘thinking person’. This third and final film of the X-Men spin-off trilogy which focuses on Wolverine takes a long, hard look at, well, finality itself, handling many cosmic themes – ageing, illness, loss, decline – that would form the repertoire of any heavyweight drama, exposing enough self-awareness to turn even the most hardened critic’s head. 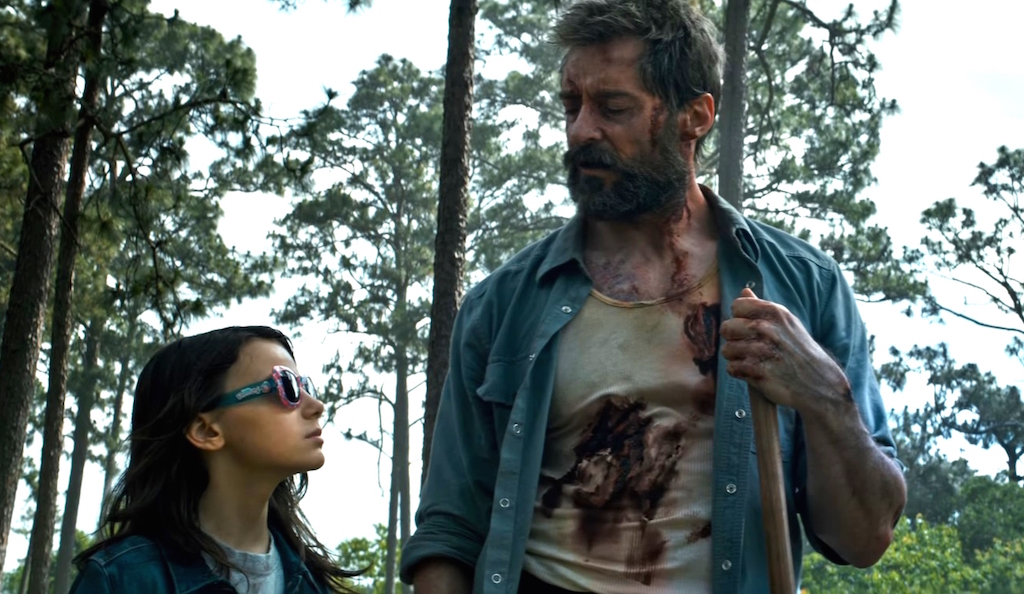 What might hold that critic’s attention, though, is the film’s heart. The scenes where the characters exchange words instead of blows are some of the film’s strongest – Jackman and Stewart are a compelling double act as makeshift father and son – setting it far apart from not only the Wolverine trilogy but the (relentless) X-Men franchise in which most thought seems to have been poured into the fireworks of CGI. Here, the warmth is simply human.

One place where the film doesn’t quite fire on all cylinders is in the combination of Laura and Wolverine, whose rapport is whipped up a little too late into the film, so that the tears the later scenes are designed to trigger don’t really come or, at least, not easily. This is a major fault in timing which seems faintly ironic in a film that is, elsewhere, so adept at thinking about time. However, the end does succeed in finally making a sympathetic hero out of what had been one of the most unheroic and unsympathetic – why should we care about a fighter who can’t really be injured? – of Marvel’s creations.

Parents be warned: the BBFC has rated Logan a '15', and for good reasons. It's much gorier than most superhero films, and isn't for kids.