In the Aladdin live-action remake, our title hero (Mena Massoud) summons a Genie (Will Smith). Given three wishes, he uses one to woo to Princess of Agrabah (Naomi Scott)

The original Disney Aladdin (1992) has its problems, mostly in terms of representation. Depicting the Middle-east as a land of sword-swallowers and devious merchants doesn't sit well anymore, or even in 1992. But in Guy Ritchie’s live-action remake there's an clear attempt to update the story to be more inclusive for modern audiences.

It’s a commendable plight, especially given the diversity of the cast, which consists mostly of black or Middle-eastern actors populating the streets of Agrabah. But despite the laughs and thrills and up-to-date attitudes, the new Aladdin feels like an underwhelming copy of the cartoon. 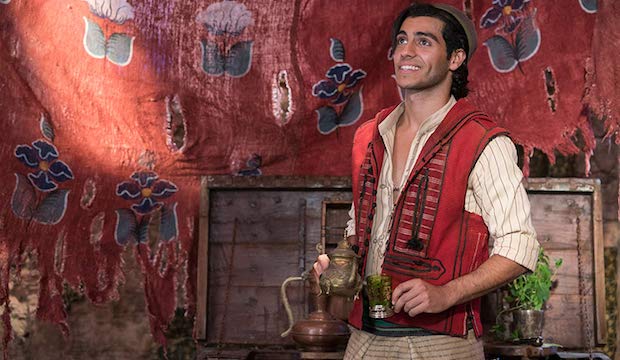 Aladdin, the street thief who’s turned into a prince by a genie via a magic lamp, is played by Mena Massoud. He's a lively performer with a funny sense of cluelessness, particularly when attempting portray his royal persona, Ali Ababwa. But contrary to Aladdin, Massoud has no glint of rebellion on his face, his smile gleeful rather than cheeky. It's easier to imagine him as a charming love interest in a Netflix romcom.

However, Will Smith and Naomi Scott, playing the Genie and Princess Jasmine, slip into their roles nicely.

It’s probably not fair to compare Smith’s Genie to Robin Williams’ original, but thankfully he doesn’t attempt a half-baked impersonation. Smith's take on the rambunctious blue spirit, the subject of many mocking memes, is bursting with comedy and magic. His Genie is also more caring, being paternal as much as friendly. 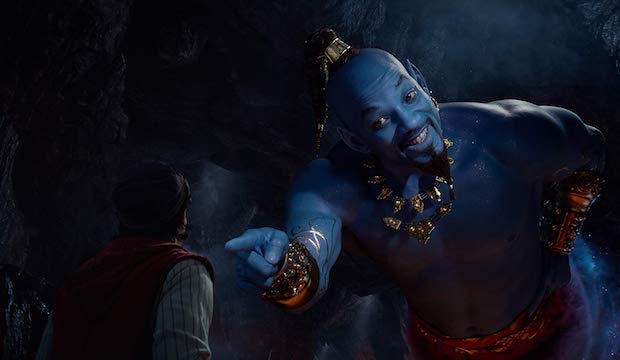 Will Smith's take on the Genie can be exceptionally funny

Although there’s not nearly enough of Jasmine, the princess who Aladdin tries to woo with his princely transformation, Naomi Scott delivers a sad and dazzling performance.

The original princess was quite a strong female character (for the ‘90s), but Ritchie and co-writer John August make her even stronger – wanting to rule rather than marry. She's disinterested by her choice of princes and fancies herself as a more suitable Sultan of Agrabah.

Jasmine reaches her musical zenith with the new feminist song Speechless, the most powerful addition to the remake. It's a call to reject the demands of domineering men, chiefly Jafar, her father’s villainous second-in-command (‘better for you to be seen and not heard’). Scott enraptures herself in the sadness of the song, her performance so absorbing and heartfelt that the film’s many inadequacies are almost forgotten. Almost. 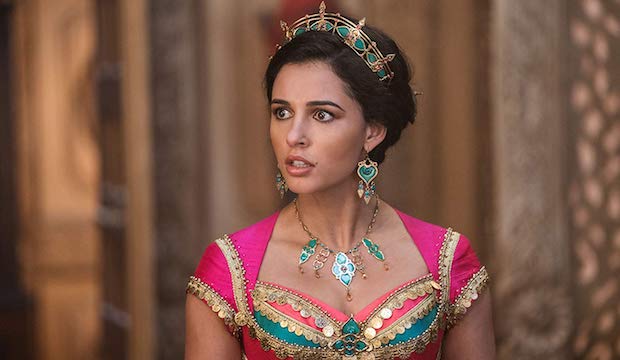 In live action, the sensual quality of the original animation is lost, emphasising the 3-D and removing the cartoon’s expressionistic detail. The remake is much less scary and intense, Jafar in particular looking torn from a pantomime. But an occasional sense of Whole New World adventure seeps out, and it's hard not to embrace its mythical sense of wonder.

There’s plenty not to like in this Aladdin, but some sweeping moments with flying carpets, snuggly CGI tigers, and familiar Disney songs are charming enough to endure its faults - even with its unnecessarily long 128-minute runtime.