They say that there’s nothing like a common enemy to bring warring factions together. And so it is with the Shelby family, Birmingham’s most notorious (and only partly) fictional gang the Peaky Blinders, who return to the BBC in a shroud of family drama, PTSD and the usual hail storm of bullets.

TRY CULTURE WHISPER
Receive free tickets & insider tips to unlock the best of London — direct to your inbox
Peaky Blinders often gets described as The Godfather of TV – not a hugely imaginative comparison, both are about gangsters after all – but beyond the snappy suits and handguns, Peaky Blinders can also claim to be thrilling, intelligent entertainment with family loyalty at its core.

Fans will remember that season three ended with an unexpected cliff hanger (Peaky Blinders creator Steven Knight is the master of these, episodes often end with something tantalising).

The leader of the gang, control freak Tommy Shelby (played masterfully by Cillian Murphy) had ‘done a deal’ with people even more powerful than their enemies – a deal that improbably involved the King of England – and stood by watching his family get arrested.

We welcome in the new series a year after we last left the Shelbys. It’s December 1925, Tommy finds himself alone, estranged from his family and operating a business with new and unprecedented legitimacy.

The whole ingenious ‘I’ll let my family get arrested plan’ goes a little astray — just enough so that Tommy can remind us all what Sherlock style genius he can be when he wants to – and we find each family member busy being cross in some cold looking corner of the globe.

That is, until Christmas Eve, when the former gangster receives a threatening letter telling him that the Peaky Blinders are in ‘danger of annihilation’ from another one of the Shelby’s many enemies, Luca Changretta – played by the spindly Adrien Brody (The Grand Budapest Hotel) – whose father was murdered by a Shelby. Changretta and the Sicilian Mafia have arrived for revenge – braving the horrors of English spotted dick.

For three seasons we’ve watched the Peaky Blinders expand out of Birmingham and wage war with the wider world, and now, to protect themselves, they must come together once again in the small houses of beloved Brummie streets. In the words of Cillian Murphy: ‘in the classic gangster arc, the last season was sort of all about the wealth, the house and all that material stuff. This season is a sort of return to the roots.’

This season must be congratulated for how trauma is shown weighing heavily, and differently, on each of the family members. But beyond that, expect the return of what is basically a tense family drama with handguns. And, of course, a first episode that ends on an almighty cliffhanger. 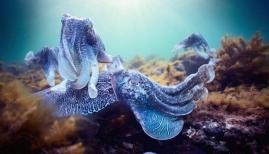 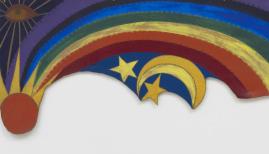 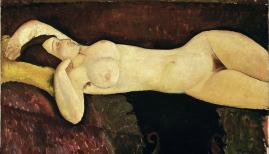