As the U.S. takes centre-stage in a world of police violence, it’s easy for the privileged to forget its universal spread: marching, stopping, searching, and fighting with terrifying authority. In Les Misérables (not that one), the Parisian district Montfermeil becomes the stage for this strand of brutality. In his feature debut, director/co-writer Ladj Ly tracks a trio of paramilitary police officers (‘gendarmes’) on patrol.

It's the first day on the job for quiet newbie Stéphane (Damien Bonnard) and he witnesses many dubious activities, illegal and immoral, conducted by his colleagues: the aggressively masculine Chris (Alexis Manenti) and the more sensible Gwada (Djebril Zonga). Over the course of two days, the film sees them driving around and interacting with known locals – seeing potential violence everywhere. 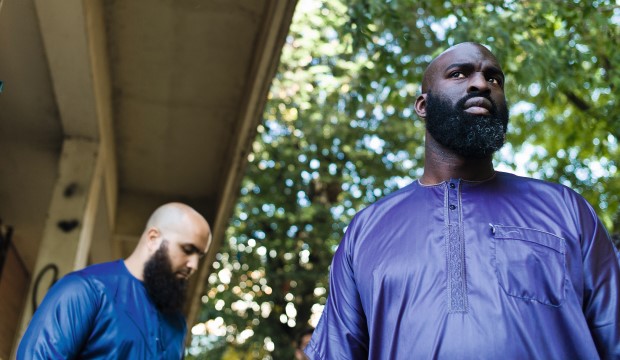 When we meet the gendarmes, they could be easily mistaken for a gang. In the film, there’s a difficulty distinguishing between cops and criminals; the lines between the two distort into meaninglessness. The trio plunges into the community, consulting locals for information.

Their chief asset is a trusted manager of the market-stalls, known only as ‘The Mayor’ (Steve Tientcheu). Corruption seethes between him and Chris. It’s a symbiotic relationship, beneficial to both sides. They work together to keep the peace among the market sellers, the Muslim groups, the circus performers, the gangs, etc., operating in a fraught system that’s bound to burst.

The first act unfolds like a tapestry of working-class life in Montfermeil: beginning with the corrupt officers and moving through the local children who play around and cause trouble. But then the first shots of a plot are fired, as a lion cub is stolen from the circus. The impact vibrates across the community. You feel the quickening breath and pulse of the district.

The constricted time and place strike with urgent action, of the kind which makes the Safdie Brothers so successful. Although Les Misérables hasn’t the same asphyxiating sense of adrenaline as Good Time or Uncut Gems, Ly executes his action sequences with breathless proficiency – elevating from a cop/community drama to an explosive thriller with smoke you can smell. 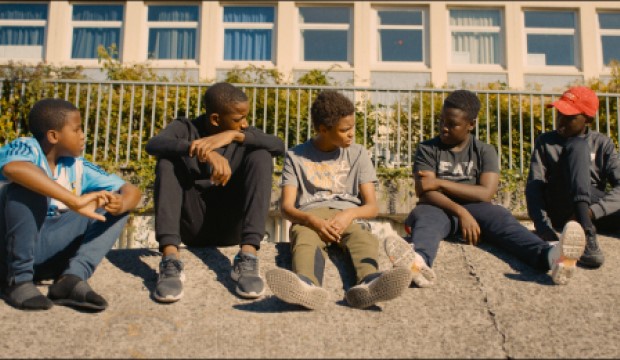 Another key character is the teenager Buzz (Al-Hassan Ly), who uses a drone camera to perv on young girls. But the equipment is used to an effect more profound than adolescent peeping. Drone shots in movies are often a cheap and lazy alternative for filming establishing shots, but Ly and cinematographer Julien Poupard make that floating camera into a character. It spins and glides and looks; a passive, non-combative observer (like a lot of us are). Anyone who’s seen the revolutionary 90s movie La Haine can see the influence in these visuals.

Ly provides a fascinating humanism to his characters. Not condoning, not justifying; just trying to understand. Early on, he shows the difficulty of the police Catch-22: you can’t do anything illegal, but you always stick with your team if they do. This and many other moments chime loudly with what we see in the news, especially as Chris tries unjustly to frisk a teenage Black girl.

The harassment and violence of Les Misérables, though shocking, is easily superseded by the smartphone realities we scroll through every day. But Ly’s film syncs with that real world, culminating in a brutal, warlike finale that shoots fire at the screen and sets it alight.

Les Misérables is released in UK cinemas on Friday 4 September