Why you should watch The Haunting of Hill House

Everybody has been binging Mike Flanagan's The Haunting of Hill House on Netflix, based on Shirley Jackson's famous novel. Here are some reasons why you should too

TRY CULTURE WHISPER
Receive free tickets & insider tips to unlock the best of London — direct to your inbox
But Netflix have recently upped their game with The Haunting of Hill House – a horror series that's newer, scarier, and altogether more immersive. Based on the famous novel by Shirley Jackson, this new series adaptation by Mike Flanagan (Gerald’s Game) became an instant success, with so many excited and frightened reactions from viewers on social media – especially for episodes 5 and 6. This includes the master of horror Stephen King, who said it was 'close to a work of genius'.

If you haven’t started it yet, here are four reasons why you need to. 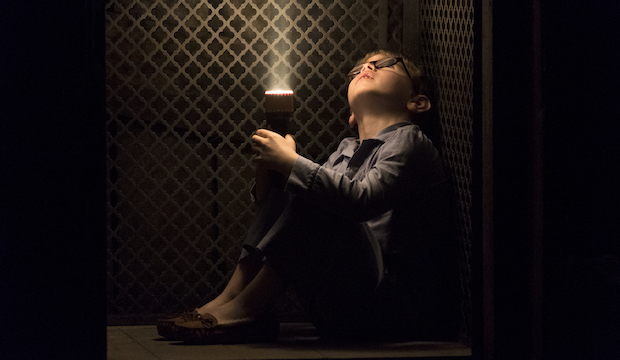 It’s not necessary for horror to be terrifying, but it’s pretty high on the list. Otherwise, can it really be called 'horror'? Rest assured: The Haunting of Hill House is not only terrifying, it’s traumatising. The series focuses on a family who spent a summer in Hill House, a haunted mansion, in which something tragic happened to the mother (Carla Gugino). The children grow up away from the house, but the ghosts never stopped following them.

Flanagan creates striking images with sledgehammer impact and takes an intensely psychological approach with the fear – dropping us into the minds of the characters and their personal anxieties. It’s hard to sleep afterwards, and, when you eventually do, those ghostly visuals linger in your dreams. 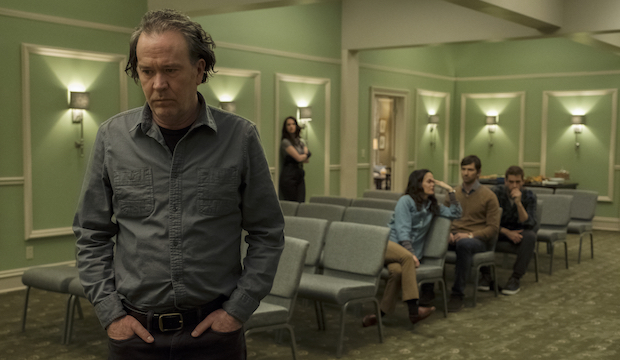 A key part of the fear is in the characters, and the Crain family is filled with darkness. The series’ initial emphasis is on building and understanding those characters, shaping them into people we can feel scared for.

The first five episodes are spent on each character. We have Steven (Michiel Huisman), an author of several ghost books inspired by Hill House; Shirley (Elizabeth Reaser), who owns a mortuary and does up dead bodies; Theo (Kate Siegel), a child psychologist with Shining-like powers; and Luke (Oliver Jackson-Cohen), a recovering drug-addict. 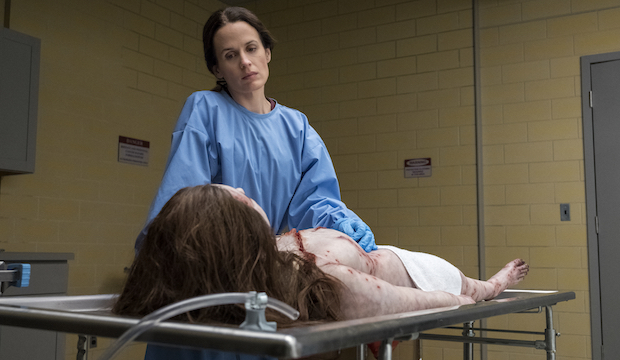 The series starts with their sister Nellie (Victoria Pedretti) committing suicide, which forces the family to come together. They’re all suffering with grief in their own ways, and the ghosts act almost like projections of their torment. It’s like Ari Aster's Hereditary in that way, though far more mainstream.

It’s hard to recall another horror movie that delves so deeply into its characters, making it more unnerving as a result. The Haunting of Hill House is more than a horror – it’s a family drama.

Flanagan and cinematographer Michael Fimognari created a wonderful visual edge to the series, where even simple shots look like scary paintings. The style is also consistent, unlike other TV series, which owes to Flanagan’s drive to direct all ten episodes.

Fimognari was clearly influenced by John Alcott’s work on Stanley Kubrick’s The Shining – especially in episode 6, which is a series of long, engrossing steadicam shots. As seen in the featurette above, the amount of time, effort, and thought that went into facilitating that complex vision is just staggering and will be remembered for years to come.

Many horror films are dull to look at, which makes them less emotionally engaging – as if the emphasis is blood before beauty. The Haunting of Hill House doesn’t suffer from that, and might be the best shot horror of the year. 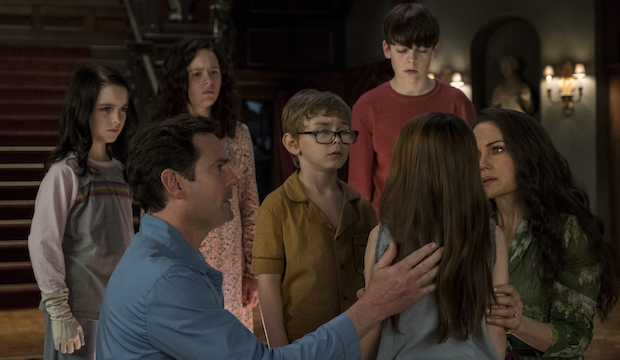 Credit doesn’t only belong to the grown-up performers. Since both adult and child timelines rub alongside each other, we spend an equal amount of time with the characters as children. Flanagan was careful to choose kids who aren't just brilliant actors, but also bear many impressive similarities to the adult actors, emulating every gesture with absorbing precision.

Lulu Wilson (young Shirley), Mckenna Grace (young Theo), and Paxton Singleton (young Steven) in particular are surprisingly good – and the standard is high after the success of Stranger Things. Even the tiny presences of Violet McGraw (young Nellie) and Julian Hilliard (young Luke) offer some eagerly watchable personalities. You love them, which makes it harder to watch them get hurt.

If you should be watching anything during this scary Halloween season, it's The Haunting of Hill House. But maybe not alone...

The Haunting of Hill House is available to stream on Netflix 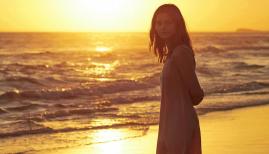 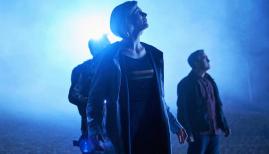