Saint Maud review 4 Saint Maud review Euan Franklin
Religion can be scary, which is why horror movies love it so much. Gods and devils and angels and demons stir the depths of the soul or an idea of the soul, wracked as it is with the ambiguities between good and evil. More often than not, these stories grapple with the truth and legitimacy of faith.

There’s no fear of that with Saint Maud’s title character, at least not at first. Maud (Morfydd Clarke) is a private care worker who’s recently converted to Christianity, tending to an ex-dancer with Stage 4 lymphoma. But more than brutal theology and spiky sado-masochism, which the trailers rely on, this is a film about intense loneliness and its effect on mental health. 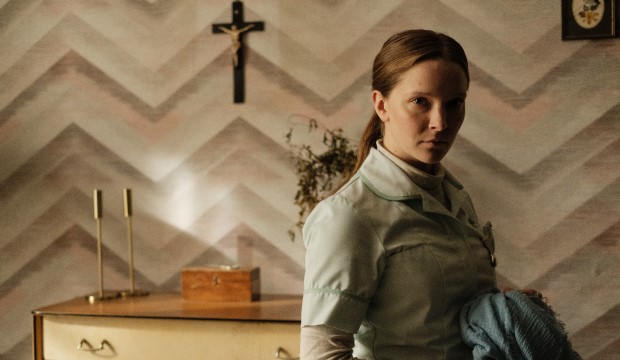 Calling this a horror film doesn’t feel correct, despite everything that supports its place in the genre. The ex-dancer, Amanda (Jennifer Ehle), lives in a bleak house on a tall hill, accessible by a gothic staircase. Maud herself is frequently possessed by God, or thinks she is: absorbing a presence and flurrying orgasmically on the floor. There’s even an exorcism, of a kind.

But these elements co-exist within the brackets of a social drama, albeit an augmented one. Maud lives in a squalid one-room apartment in a narrow alleyway, her prayers spouted in voiceover like a Dostoyevskian shopping list of pains and anxieties (‘maybe it’s ulcers, or cancer…’). Her solitudinous suffering is lifted by Amanda and the Almighty, both of which she takes weird and special steps to meld together.

Morfydd Clarke deserves a film of her own. You’ve probably watched her as the love interest in Armando Iannucci’s adaptation of David Copperfield and the recent BBC version of Dracula. But it was her appearance in the fantasy series His Dark Materials that showed her potential to make viewers shake, playing a concentration camp-type assistant who enjoyed her work a bit too much.

In Saint Maud, the camera rarely leaves her. It’s the only eye, it seems, that really notices her. There’s an unnerving innocence to her voice that seethes between grated teeth, both delicate and frightening. Her prayers are laced with snobbery and impatience, vehement against any kind of rule-breaking. She’s a character who hugs before she strangles. 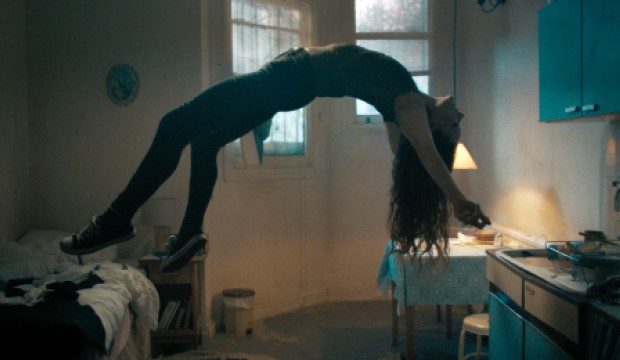 The film loses some of its edge in the second half, dragging out certain scenes. You find this a lot with debut feature filmmakers who emerge from short films: they've grown so used to a reduced format that 90 minutes is hard to fill.

There’s one sequence with Maud and an acquaintance from her nursing days that doesn’t feel as tightly cut as the rest. It anticipates a chilling crescendo that never arrives. But its purpose, at least, is in tact: adding layers to Maud’s loneliness as guilt-ridden people come out of the woodwork.

Saint Maud is released in UK cinemas on Friday 9 October