Those questions turn to dust as the names of Steven Moffat and Mark Gatiss, the writers behind Sherlock, are mentioned. Anything they make is automatically worth watching on principle, and their new three-part BBC adaptation of Dracula is no different. Gatiss, especially, is a valuable asset: being a scholar of horror, co-writing the pitch-black comedy The League of Gentlemen, and recently reviving the BBC’s Ghost Story for Christmas.

The overwhelming humour in their Dracula is a wonderfully dark shock, even when considering their previous histories with comic characters. But the comedy doesn’t sacrifice the horror innate to the villain; on the contrary, they morph together with a campness and a sadism that sets the screen on fire. If there’s any pair of writers that can reignite the fear of vampires into the culture, now soppily tarnished by the Twilight film series, it’s Gatiss and Moffat. 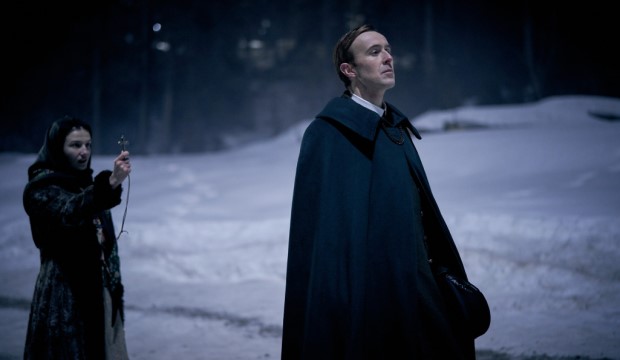 They make it clear immediately that this isn’t a Dracula to swerve the blood or the gore or the body horror. Jonathan Harker (the original, epistolary hero of the novel) opens the series, appearing as a strange, skeletal figure whose eyes are penetrated by careless flies.

He stays in a Hungarian nunnery following his traumatic experience with the fabled Count Dracula, and he’s questioned by a sceptical Sister wanting evidence of God (resulting in a hilarious performance from Dolly Wells). She, Agatha, is a student of the darker forces in the world and wants to know every detail about the Count. 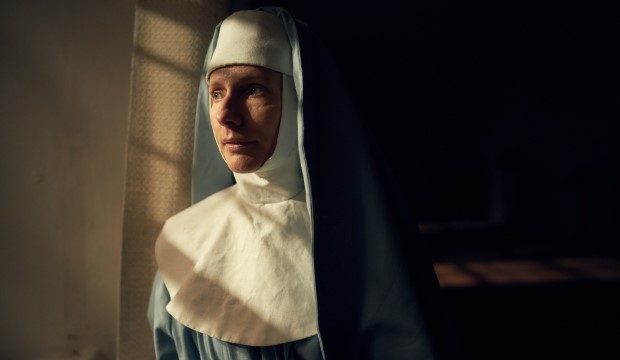 We flash back and forth between past and present, with past Jonathan entering Dracula's residence for the first time. John Heffernan plays him as an upper-class English drip, politely amplifying ‘Hello?’ which echoes through the cavernous castle. Much of this episode is written with the pace of a vivid nightmare: often quick, but luridly immersive as Jonathan noses around the castle and gets closer to the Count.

Speaking of the devil himself, Dracula begins as an elderly loner before finally transforming into an effortlessly attractive Claes Bang (The Square). Bang starts with only a faint suggestion of evil before growing into his true nature, telling many dark jokes along the way. His scary emphases on certain words provoke hearty laughter as much as shivers along the spine. It’s a show that invades the soul of the viewer – their fears, their sense of humour – like Jonathan’s flies. 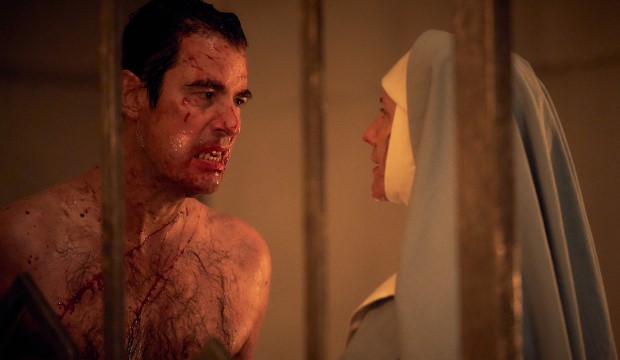 The final act explodes into a gloriously shocking horror-show

At the start, it’s difficult to determine how impressive this adaptation will be. Moffat and Gatiss provide the usual gothic pleasures and creeping fears for the first half (like Sherlock, each episode is 90 minutes long), which entertain but don’t offer many surprises beyond the generically ghoulish.

But once the final act arrives, the lights keeping you safe suddenly explode into a gloriously shocking horror-show. Bang sinks his teeth into the role: injecting a seething, amusing malevolence into the character in one of the most theatrical depictions yet. The BBC makes the 123-year-old tale scary again – kicking off 2020 on a high, if terrifying, note.

Dracula airs on Wednesday 1 January 2020 at 9pm on BBC One, continuing on 2 January and concluding on 3 January. The whole series will be available on Netflix from the first weekend of 2020.