In this new Ghost Story for Christmas, The Dead Room follows a veteran radio actor (Simon Callow) who hears phantom bumps in a soundless studio

For eight years in the ’70s, the BBC broadcast little shows based on the ghostly fiction of Dickens and M. R. James. They revived it in the 2000s and twice in the 2010s – one by Luther writer Neil Cross and another by Mark Gatiss.

Now, Gatiss has made another short tale of chilling apparitions, this time with an original story. Christmas cheer can be mundane, with fear often being preferable. And The Dead Room definitely provides. 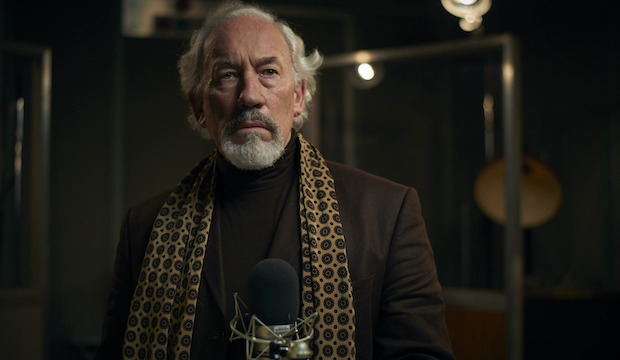 The Dead Room follows the once-esteemed radio actor Aubrey Judd (Simon Callow), a pompous old thespian with a massive attraction to ghost stories. He’s disheartened by the stream of modern scripts by young writers, who want fast thrills and spectres hiding in games consoles. But Aubrey’s harbouring some buried guilt for a horrible crime he committed in the ’70s, which begins to reignite itself – coming to him as bumps in the dark.

Like the ghost story principles that Aubrey keeps close, Gatiss ensures The Dead Room holds them too. The story unravels quietly, in a room where dropping a pin would be enough for a jump scare (the ‘dead room’ is a nickname for the radio studio, in which sound can’t escape).

But certain sounds and shadows start to unnerve Aubrey, and hearing a ’70s disco song makes certain traumatic memories flood back. He took a gay lover (Joshua Oakes-Rogers) in a time when homosexuality was illegal, and the latter died shortly after. This shows a certain fragility behind Aubrey’s tough exterior, which ghosts are often great at exposing. 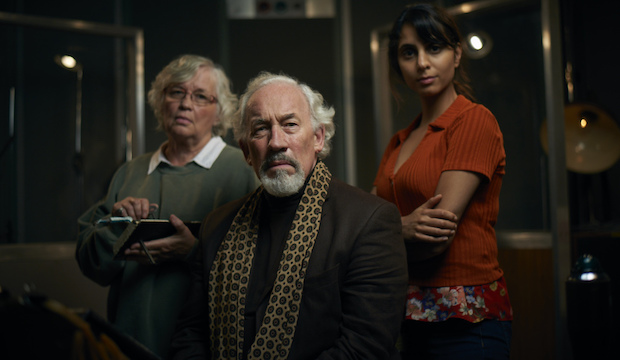 There are a few inadequacies in The Dead Room, the lack of budget being patently clear. Gatiss tries to heighten the interior visuals, but can’t reach beyond the overall cheapness – at its worst when trying to leave the studio and have Aubrey outside, which is a grave error. The claustrophobia defines the fear of the Dead Room, and being permitted to leave deflates it slightly.

However, this kind of ghost story is nicely stretched and ponderous – more in keeping with the pace of M. R. James rather than Dickens, where the ghost is revealed only at the very end. It’s difficult to know whether modern audiences will warm to that slow rhythm, but it’s clear that Gatiss couldn’t care less. He likes to draw you in gradually, to immerse you, and to make you aware of every individual bump before finally cutting you to pieces in the final shot.

The Dead Room is an enjoyably creepy experience, building to such a classic and chilling conclusion. It’s perhaps not as cutting as something like The Haunting of Hill House, but its subtlety is strangely immersive. 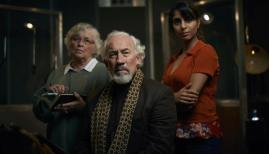 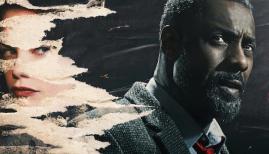 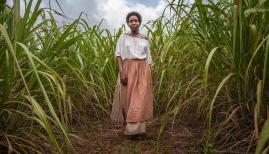