Are you ready for a film about Brexit? Benedict Cumberbatch comes to Channel 4 to play the Vote Leave campaign leader Dominic Cummings

Brexit: the Uncivil War, Channel 4 Brexit: the Uncivil War, Channel 4 Euan Franklin
A film about Brexit was a sure thing, unlike the process of Brexit itself. With all the backbiting, party conflicts, general elections, rejected deals, resignations, hopes for a second referendum, lies spread across the Internet and that big red bus… It’s like a movie that’s too long and entering its third miserable year.

Now, Channel 4 are releasing that movie (distributed abroad by HBO), as if in an attempt to understand what the f*** happened with Brexit. Benedict Cumberbatch stars as head of the Vote Leave campaign.

What’s the Brexit movie about?

Dominic Cummings was the director of Vote Leave campaign in 2016, which was fined £70,000 earlier this year for overspending. He was the mind behind slogans like ‘vote leave, take control’ and the infamous red bus claiming £350 million for the NHS if Britain left the EU.

Brexit follows Cummings on his morally dubious campaign, spreading the appeal for a split from the European Union – focussing especially on the digital advertising.

The script was written by James Graham, who’s no stranger to politically motivated stories. He captured the hung parliament of 1974 in 2012's timely play This House. 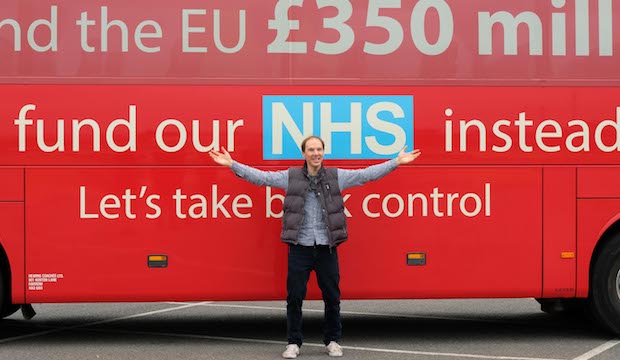 Who’s in the cast for the Brexit movie?

Benedict Cumberbatch has stripped away some of his good looks to play Cummings, appearing like a Shakespearean villain with a wide bald patch.

Also enjoying a prominent role in the film is Rory Kinnear (Peterloo), who’s playing Craig Oliver, the Communications Director at Downing Street. He’s acted alongside Cumberbatch before in The Imitation Game.

The main political figures associated with the Brexit campaign are appearing in the film too. Richard Goulding (The Windsors) is playing Boris Johnson, Oliver Maltman is Michael Gove, and Paul Ryan is Nigel Farage. 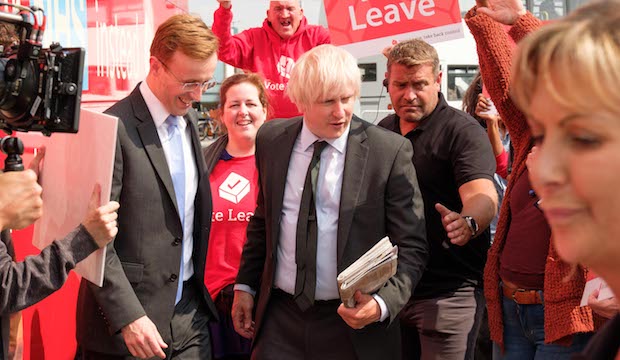 The trailer has already sparked controversy and divisiveness – we can only imagine what the movie might ignite. Watch it below.