7 Days Out shows a week in the life of masterminds of food, space, sports and entertainment. First up, the Chanel documentary focuses on fashion with Karl Lagerfeld

'I'm not a marketing person; I don't know what I'm doing, in a way – it's just a feeling', the designer said. The show that fascinated so many is now being given a closer look courtesy of Netflix, as the docuseries 7 Days Out kicks off with an exploration of all the secrets that led up to Chanel's Spring show – tweed, chiffon, florals and all.

The upcoming project will explore experts across a number of fields; food, space, sports and entertainment, starting off with fashion for the inaugural episode. From Lagerfeld's design studio to the haute couture ateliers and the Métiers d'Art ateliers, home to the brand's craftsmen, the Chanel instalment (billed as a short film in its own right) gives access all areas to one of the most exciting couture presentations of the year.

This joins a whole host of fascinating fashion documentaries on the streaming platform. Andrew Rossi is the director to thank for this exploration – a name that might be familiar from his work on The First Monday in May, a documentary following the preparations for the 2015 Met Gala. China: Through the Looking Glass became the Met Gala's most attended exhibit in history.

As well as haute couture, the series is set to feature New York City's Michelin starred eatery Eleven Madison Park and the esteemed Westminster Dog Show. You can peek into the minds of these visionaries and more with the release of 7 Days Out on 21 December.

Watch the new trailer below. 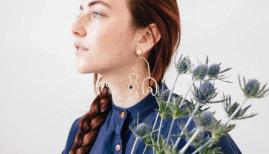