Hugh Jackman's The Man. The Music. The Show., O2 Arena

But the action hero got his start in the world of musical theatre. One of his first roles was Gaston in Beauty and the Beast in his native Australia, which led to a role in the West End cast of Oklahoma! and a Tony Award-winning performance in The Boy from Oz on Broadway. He has returned his musical theatre roots in recent years, starring as Jean Valjean in the film production of Les Miserables and, of course, playing PT Barnum in The Greatest Showman. The latter proved to be an unexpectedly huge success, with its soundtrack spending nearly a year in the Top 5 of the UK album charts. 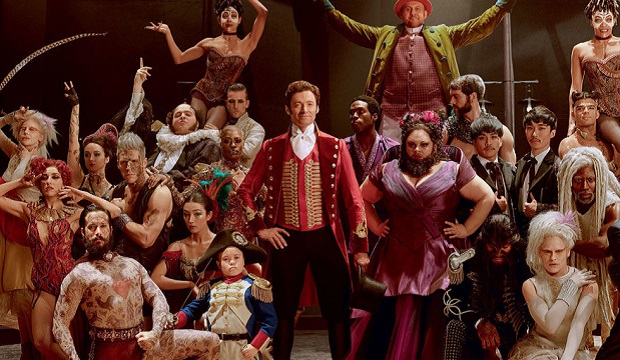 Hugh Jackman with the cast of The Greatest Showman

Now, Jackman is taking to the road. He has announced a world arena tour, during which he will perform songs from Les Mis, The Greatest Showman and The Boy from Oz amongst others, accompanied by a live orchestra. It is an opportunity to see Jackman as you have never seen him before.

The Man. The Music. The Show. will bring Jackman to the O2 arena for two nights in June at the end of the Europe stretch (which includes nights in Manchester and Birmingham). He will then perform at 19 venues in North America, before closing with two concerts at the Hollywood Bowl.

Booking is now open. Click here for tickets to Hugh Jackman at the O2 arena.