Elton John: Farewell Yellow Brick Road, O2 Arena Elton John: Farewell Yellow Brick Road, O2 Arena Alex Colville
He's had a booming career as one of the most successful singer-songwriters on the planet, but now Elton John is preparing to bid farewell to the mic and stage. John celebrated his 70th birthday last year, and has now decided to spend more time with his two sons and husband David Furnish, in their mansion on the outskirts of Windsor. He has therefore announced a spectacular three year farewell tour, ‘Farewell Yellow Brick Road’, which starts in Pennsylvania in September before moving around the globe to delight audiences in a plethora of different venues worldwide.

The tour will culminate in the UK in 2020, covering a string of venues from Birmingham to Aberdeen. Tickets will be available from 10AM on Friday 16 November.

If you think 2020 is gonna be a long, long time (sorry), there's the upcoming Elton John biopic, Rocketman – scheduled for release in May 2019 – to get stuck into. 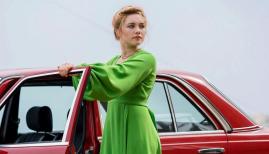 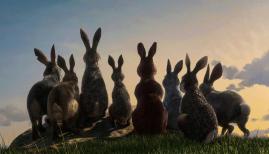 Watership Down, BBC: new trailer, release dates, cast, plot, photos
Sign up to CW’s newsletter
By entering my email I agree to the CultureWhisper Privacy Policy (we won`t share data & you can unsubscribe anytime).