20 years of Coldplay, in cinemas for one night only today

A new documentary from Supersonic director Mat Whitecross covers Coldplay's glorious career. A Head Full Of Dreams is in cinemas worldwide for one night only

Chris Martin, Guy Berryman, Johnny Buckland and Will Champion are telling their story, in the aftermath of their seventh album which shares the name of the film. Upon its release in 2015, Coldplay said how confident they were with their sound, finally. It's the happiest they've ever been.

The new documentary is directed by Mat Whitecross, a filmmaker to watch following his innovative documentary about Oasis, Supersonic. He also worked closely with Coldplay on music videos including A Sky Full of Stars, Christmas Lights, Adventure of a Lifetime and Charlie Brown.

Where he brought the Gallagher brothers to life with rare archival content and imaginative animations, it looks like Whitecross closely collaborates with Coldplay to further the band's colourful image, bursting colours in a cloudy blue sky, that is so emblematic of this period of their career. Live performances and background footage from the momentous global stadium tour will crosscut into unseen archive footage from all the way back to the early Parachutes days.

As was the case with Coldplay 2012 Live, which offered a glimpse of the technicolour world they lived in on the 2012 Mylo Xyloto tour, A Head Full of Dreams will be playing in 2000 cinemas in 64 countries around the world for one night only, on Wednesday 14 November.

Tickets are still available in cinemas all over London, from plush armchairs at the Everyman to cheaper deals across Odeon and Vue venues. The film will be available to stream worldwide on Amazon Prime Video from 16 November – but it's worth experiencing the music on the big screen while you can. 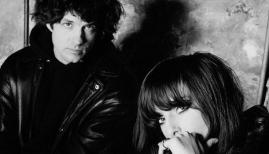 From tranquil to trendy: London gigs to book