In the final episode of Mrs Wilson, Alison (Ruth Wilson) is reaching the end of her journey to figure out who her husband (Iain Glen) really was

Mrs Wilson episode 3 review 4 Mrs Wilson episode 3 review Euan Franklin
It was probably a difficult sell. A spy series without much spying, more in common with a personal biopic, about a man who kept most of his life secret and whose true nature remained in the fog of deceit and fabrication – never to be fully cleared up. No one provides any certainties with many possible answers still under lock and key behind the doors of the secret service, leaving behind only belief and supposition.

But the end of Mrs Wilson makes this ultimate dead end feel just right. Sometimes it’s best to tell the truth, no matter how much it hurts.

In the final leg of Alison’s (Ruth Wilson) investigation, she returns to loose ends to finally tie them up – especially from the elusory Coleman (Fiona Shaw). But the so-called ‘truth’ pulls her in so many emotional directions, her once bright optimism for her deceptive dead husband (Iain Glen) rises and falls with every revelation. The desire for peace is just out of reach. 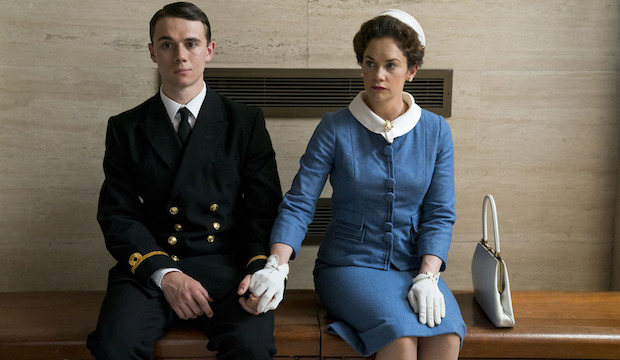 This is the episode when Alison finally breaks down, showing the painful truth of how she feels inside. Her connection with the priest in the local church grows, and she asks how he can maintain his faith in something that can’t be seen or fully understand (much like her investigation into Alec). The priest responds with ‘We all have doubts at times. It’s normal’.

Did Alison treat her husband like a god, always to be believed and trusted without doubt? A key theme of this episode is faith and, despite no physical evidence, Alison makes an effort to both understand and forgive Alec for what he did.

Writer Anna Syman is never fully convincing in the need to forgive Alec, not only from Alison but from the audience too. His activities abroad with other women and other children put such heavy mental strain on Alison for a great portion of her life. However, the desire to understand rather than know is an intriguing one. Alec’s lies were maybe not as immoral as Alison first thought. If we can’t forgive him, we can at least empathise. 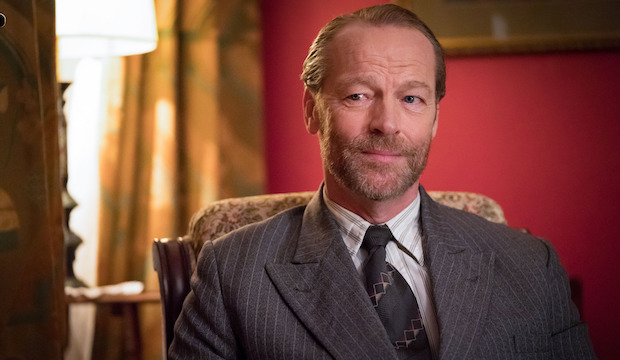 Ruth Wilson gives one of her most emotionally active performances – detonating all of Alison’s doubts, tears, and aggravations in one scene by herself in the church. Her crucifix necklace crumbles in her furious hands and her faith drains violently away. It’s upsetting to watch this lovely character break apart.

Mrs Wilson is an engaging little story that’s not afraid to say absolutely nothing. Although Alec’s true self is never revealed, leading into something of an anti-climax, we’re planted firmly in the position of the real-life family who went through this. The whole family is shown in their entirety at the end of the episode and, looking at all their faces, it’s hard not to wonder: are they hiding anything?