A cat, a turtle, an iron. Pigs. Kisses. Screams. Silence. Madeline's Madeline deals with the animalistic impulses of bodies and the slippery manipulation of minds. With her third feature film, director Josephine Decker is cementing herself as an irreplaceable voice in contemporary independent filmmaking – she moves beyond the frameworks imposed by age, gender and genre, actively using the audience as a character and tightening her grip on what we perceive to be true, what we know to be good, with dizzying results.

Art is considered somewhat metatextually, as the narrative crux renders a drama class in which gifted student Madeline (newcomer Helena Howard) is pushed to the limits of performance, by harnessing her personal strengths and weaknesses to abandon herself and wholly give life to her characters.

Madeline's commitment to her craft infects her relationship with her overprotective and perpetually neurotic mother Regina, and is at the same time exhorted by her teacher Evangeline. A triangle is traced, but love isn't called to be part of the equation. The film lives in a hazy, prickly space that explores the relationships between these three women, attacking the very definitions of loyalty and exploitation to expose the dangers felt between the people we hold the closest. 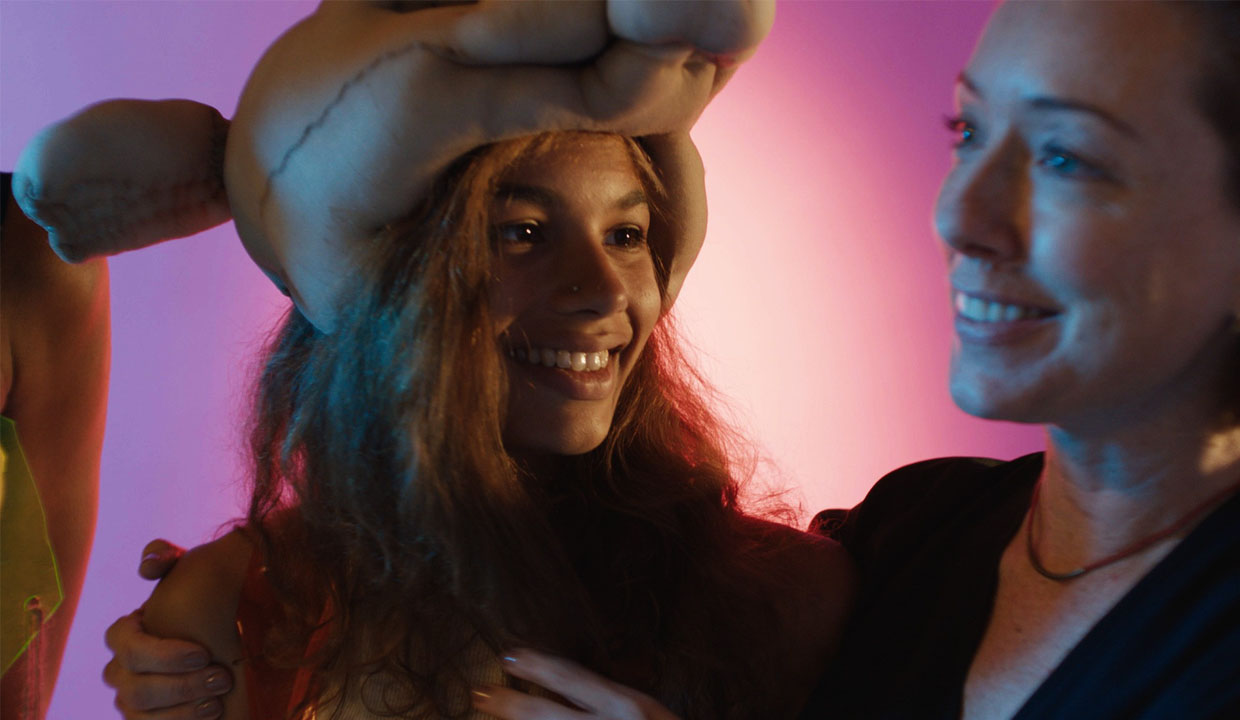 The knotty ideas are brought to life with unprecedented immersion that never sacrifices sophisticated intelligence. Decker builds a world where the audience is thrust into the fiction's feelings with immense strength.

Hallucinatory framing draws the picture in and out of focus, voices wander through airwaves towards places that are always roving but still pinprick-specific. Ashley Connor's cinematography seizes every traditional sense, harnessing sound, touch and taste just as much as vision, and colours it with golden light. Whiplash becomes part of the viewing experience.

It's difficult to make a static list of reasons as to how you can be sure you've just witnessed the birth of a star, but this is what is happening in Madeline's Madeline. Helena Howard storms her universe, involves everything that enters her orbit and eclipses everything that came before her.

Her strength burns and radiates, her impact vibrates in waves and leaves you reeling and still feeling the heat, rather than crashing and shouting once to leave no more than a shadow. There's something magical and disturbing, generous and still mysteriously restrained about her performance that begs to fill screens for a lifetime to come.

Stories about women, about performance, about motherhood and about mental instability come and go. But so few have dared to go where Decker has landed. It's one thing to witness something that asks to be called a masterpiece – but it's something else altogether to feel actively invited to be a part of it.