Season 1 had Midge Maisel struggling to balance her life between her upper-class family and her secret ascendence up the comedy ladder. In season 2, this balance begins to waver and the two sides start to collapse on each other. 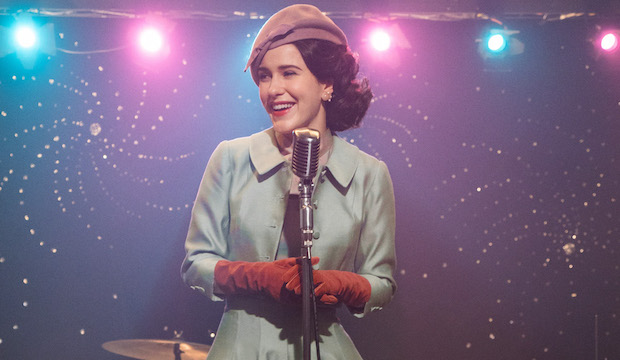 The first season was a surprise, a gem that’s accidentally stumbled upon when scrolling through Amazon Prime (prior to its winning 8 Emmys and 2 Golden Globes this year). Even if you knew of writer/creator Amy Sherman-Palladino and the success of Gilmore Girls, for years she couldn't follow it up (even returning to it with Gilmore Girls: A Year in the Life). Well, she finally did with The Marvelous Mrs Maisel and made it even better. And although season 2 doesn’t quite reach the standard set by season 1, it’s still resuming a delightful, quick-witted, and colourful series.

More than Midge’s journey, her hitherto highly strung mother Rose (Marin Hinkle) goes through her own revolution of the self – moving to Paris without her clueless husband Abe (Tony Shalhoub) even noticing. Although this is an almost unconvincing shift in character, considering her furious anxieties about maintaining the female role in season 1, it’s a thrill to witness.

In the City of Love, she’s like a changed person with all her rich requirements in New York healthily abandoned. Maybe ‘changed’ isn’t the right cliché – she’s ‘found herself’. When Midge realises she won’t be easily convinced to come back, she says ‘I’ve missed you, mamma’ – to which Rose responds with ‘I’ve missed me too’.

Episode 2 in particular is like a love letter to the great city, in a similar way that Midnight in Paris was – lovingly sentimentalising every little café and philosophical discussion like Paris is a liberated utopia. 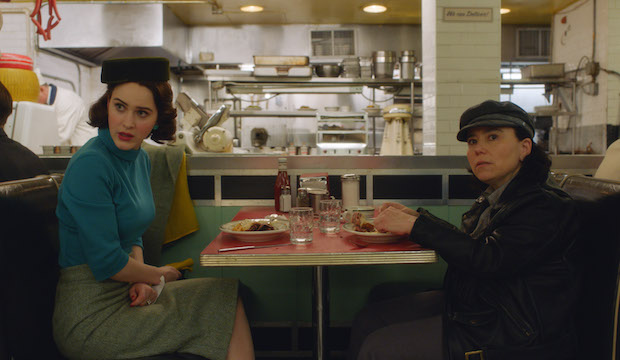 Susie (Alex Borstein), Midge’s motor-mouth agent, is having her own problems – being tailed by rough gangster types, to the point where she can’t even live in her apartment anymore. She juggles between guiding Midge up the ladder while probably escaping harm (usually through her talkative brilliance).

This is made worse by the fact that Midge goes away for an annual, months-long holiday to a Catskills Mountain Resort. In episodes 4 and 5, this proves to be a crucial turning point in the story. The wealth of the Wasserman family is given its full comedy weight during this holiday as they essentially rent a house for themselves, its enormity mocked by one long static shot that’s worthy of French comedy filmmaker Jacques Tati in its energy and ambition. 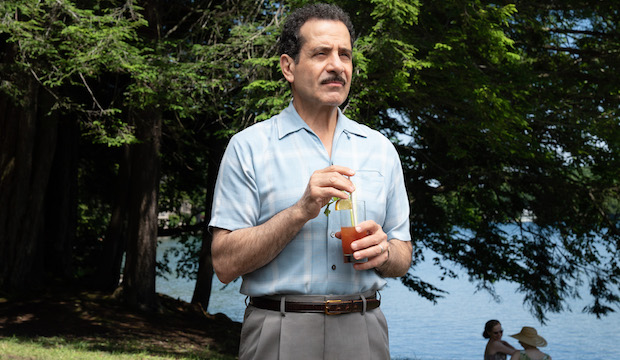 Sherman-Palladino creates a bright but troubled world, soaked in the palette of a Technicolor musical (songs excluded, thankfully) yet possessing absorbing emotions against the backdrop of the real issues of the time. She romanticises the ‘50s but acknowledges its terrors, usually by laughing at them. And, as expected, she’s not spare on the fast and sumptuous dialogue either – something of a motif in her work, comparable to screenwriter Aaron Sorkin in her musical cadences bouncing between characters.

There are a few rare hit and misses in season 2, most noticeably in episode 3. 10 hours, nowadays, in any television genre, is hard to fulfil. But most hours spent in the mind of Amy Sherman-Palladino are not hours wasted. The Marvelous Mrs Maisel is a bright cinematic comedy, of a kind that’s rare in movies as well as television.