Thanks to the star power of Gillian Anderson and Lily James, the rivalry between aging icon and rising starlet is vivid enough to banish memories of Bette Davis and Anne Baxter in the 1950 film.

But Ivo van Hove’s high-concept contemporary adaptation doesn’t rely on star power. Nor does it sex up the Hollywood glamour, or try to reinvent the original film script. Instead the stage show is a sly, subtle and strikingly timely exploration of envy, ambition and insecurity. Atmosphere comes courtesy of an ethereal soundtrack by P J Harvey and a spare backstage set design from Jan Versweyveld. 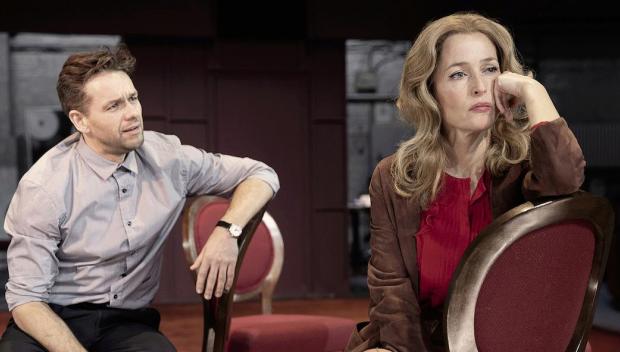 The story itself is steeped in all things theatre: the backstage dramas, the artificiality, the applause. But on stage it plays out with filmic intensity instead of theatricality.

In a wry reflection of the movie original, the staging revolves around cameras and close ups. The audience get a voyeur's gaze. We snoop inside boxed off spaces. Private encounters in locked bathrooms are broadcast live on film. It’s a typically van Hovian interpretation, but over two hours the commitment to the concept drains the drama of its vitality and dampens the story’s sparks.

At its most enlightening, the use of camera intensifies tensions between actor and character, showing us the distant expressions you see looking up at the stage, and the barer-faced vulnerability of real life. 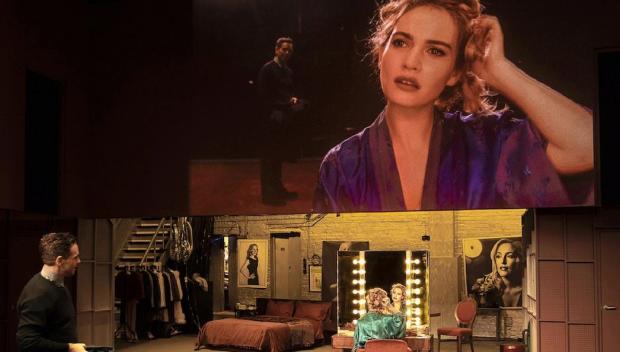 A lens in the dressing room mirror means Margo’s reflection looms large over the stage, blown up in high definition as she takes off stage make-up, tops up lipstick or pulls at the lines on her skin. Gillian Anderson takes full command of the copious close ups, saying as much with facial expressions as she does in her treacly American accent.

It is inspired casting to have Anderson as Margo Channing. With a career that spans the The X Files to Netflix’s new comedy hit Sex Education, via electrifying stints on stage, she brings both fame and gravitas.

In slinky silk gowns and scarlet lipstick, Anderson is very inch the seasoned star who can sellout theatres and have fans flocking to the stage door night after night. But with every archly raised eyebrow or withering sideways glance, she lets us in on the joke. There’s a steeliness to her depiction of the Broadway veteran, showing that it takes much more than talent to sustain success. Later, her spiraling anxiety about aging is steeped in pathos, without rendering Margo pathetic. 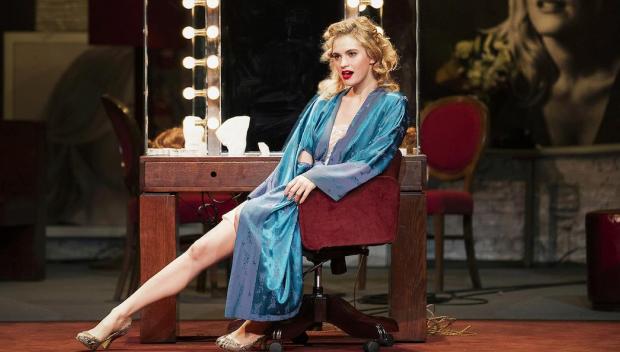 As wide-eyed newcomer Eve Harrington, Lily James starts out with the same sweetness that characterised her big screen roles in Mamma Mia 2 and Cinderella. It’s this breathy enthusiasm and toothy smile that allows her to wheedle her way into Margo’s world and carve out her own shortcut to the spotlight. James revels in the slipperiness of Eve’s ambition and manipulation, refusing to conform to either villain or victim when the scheming shifts back against her.

On the surface level this 70-year-old story of two women at loggerheads should feel predictable and perhaps problematic to 2019 audiences. But in this stylish contemporary setting it is surprisingly sharp. There’s a subversive thrill when Anderson’s Margo slurs, in drunken defiance, ‘I’m 50’. And there's enough complex characterisation to ensure neither woman complies or fits into easy stereotypes.

The production might be curtailed by its own high concept interpretation, but its characters are beguiling. So despite the strong Ivo van Hove hallmarks, the parts of this play that are truly compelling are all about Margo, and all about Eve.

Tickets are on sale here. 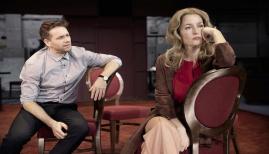