Playwright Lucy Prebble unpacks the nitty-gritty of modern espionage with panache, in a show that revolves around the true story of Alexander Litvinenko’s assassination in a Mayfair hotel in 2006.

Based on Luke Harding's book of the same name, A Very Expensive Poison is a complex investigation built from a decade of interviews and reports. It follows the trail of a lethal dose of polonium-210 to reveal a web of international subterfuge spanning Russian mobsters and dissidents, the KGB, British police and the Ministry of Defence.

The subject is fascinating, but it’s undeniably dense for a two-and-a-half-hour drama. Yet thanks to Prebble’s imaginative and playful dramaturgy, the story sings with surprises and feels thrilling yet accessible.

While the radioactive teapot and Kremlin hitmen are the stuff of Bond movies, the play has the meatiness of a TV drama – the painstaking study of corrupt detectives is like the BBC’s Line of Duty, while the reflections on the Soviet mindset recall parts of HBO’s Chernobyl.

Yet Prebble’s adaptation is, at its heart, audaciously theatrical: characters break the fourth wall to address us directly; they launch into song and flounce with feather boas; they stage a shadow puppet scene; they climb down from the balcony and clamber through the stalls; they dance around a vast bronze phallus in a Soho nightclub. Without trivialising the tragedy, the play squeezes out all the humour and celebrates the oddity and humanity that shapes every true story. 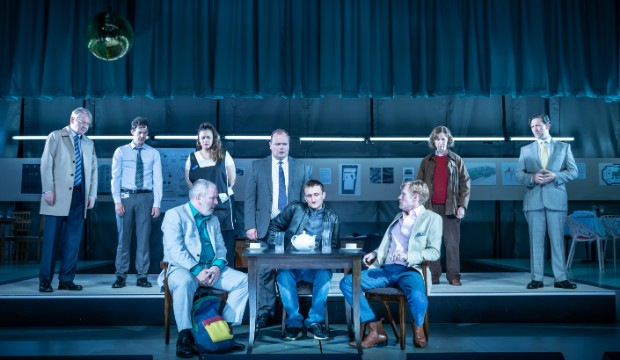 Tom Scutt’s slick stage design transports us between countries and settings, as the detailed set shifts from café to hospital room to airport to different homes from London to Russia.

The production centres on Marina Litvinenko, played with grace and guts by MyAnna Buring. We watch as she puzzles and panics over her husband’s deteriorating health. It’s only when an unlikely theory about radiation poisoning is proved true that we travel back to 1990s Russia. There we see Federal Security Service detective Alexander ‘Sasha’ Litvinenko (Tom Brooke) become an enemy of the state as he attempts to expose corruption.

With the escalation of a Jacobean revenge tragedy, this vendetta stews and develops over 10 years. It follows Litvinenko to London and creeps all the way up the food chain to the Russian president.

Reece Shearsmith is tremendous fun as a panto villain Vladimir Putin, gleefully reminding the audience not to feel sad about the suffering of someone we don’t even know. The laughter peaks with a comedy double act of hitmen (played deftly by Michael Shaeffer and Lloyd Hutchinson) whose chaotic attempts to administer the poison leave a radioactive trail through the West End.

Each detail reminds us that truth is stranger and far sillier than fiction. But there’s plenty of pathos and power in the truth, too, as we are reminded in the moment Alexander Litvinenko invites a photographer to snap him on his deathbed (the haunting real-life image, which was splashed across newspapers in 2006, is printed in the play’s programme).

Prebble weaves together the sobering suffering with the ridiculous details and frankly frightening rhetoric to transcendent effect. The result is as eye-openingly educational as it is entertaining. And it probes well beyond this particular story to scrutinise our understanding of truth and justice, both politically and personally.

We predict a West End transfer… 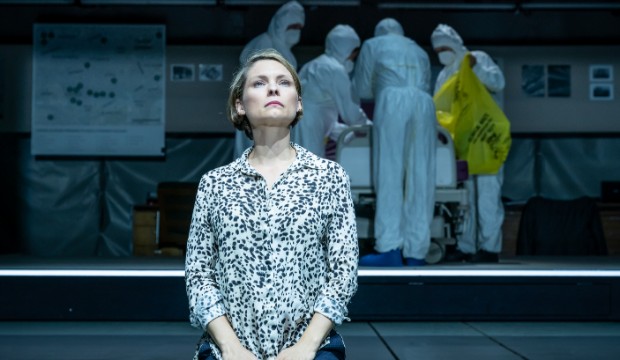 Tickets for A Very Expensive Poison at The Old Vic are now on sale. Click here to book. 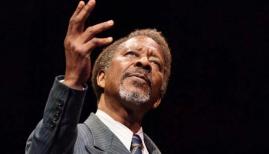