So imagine being Diana Hesketh in 1988: a critic of Tory policies, unhappily married to a Conservative MP, entrenched in Thatcher’s Britain. That’s the relationship Simon Woods unthreads in the new two-hander Hansard at the National.

Taking place the week Thatcher’s government enacted Section 28, Hansard crashes together rather bluntly a family drama with parliamentary proceedings, obviously echoing the omnipresence and deep trench lines of today’s politics. With Olivier-winner Lindsay Duncan as Diana and The Crown’s Alex Jennings as her husband Robin, Hansard is at least a masterclass in acting, even when it never reaches its dramatic potential. 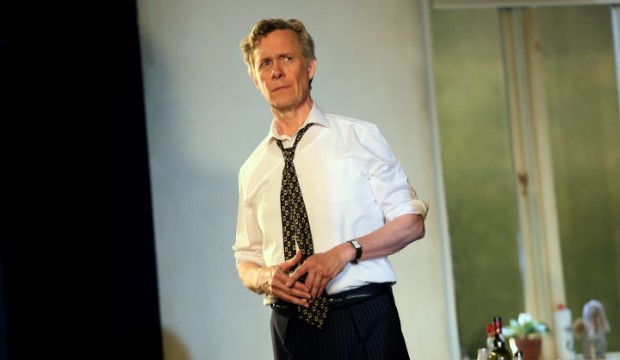 On a seemingly normal weekend, Diana confronts her husband about his mysterious whereabouts. Woods packs in a lot of good dialogue between two highly articulate and very plummy characters. He lets develop a casual, marital rhythm of swift repartie – familiar but wrought – and lets fly unending venomous barbs veiled as political doctrine. It’s like watching a ‘friendly’ tennis match between lifelong rivals, neither of whom will admit they’re meticulously keeping score. The rules are politics but the game itself is personal.

As the match continues, the Heskeths make nods to Carol Thatcher and Polly Toynbee. They discuss the miners, the AIDS crisis, and Section 28’s stipulation that local authorities refrain from promoting homosexuality, all from the comfort of their Cotswold cottage in Burford. It’s hard to sympathise with either of them or be convinced that they even love each other, as their pithy retorts are furnished with Debate Society-learned rhetoric. But with Simon Godwin’s direction, Jennings and Duncan decode their characters’ contradictions. Underlying is a shared tragedy, a deep chasm of grief quaking beneath that both masterfully betray. 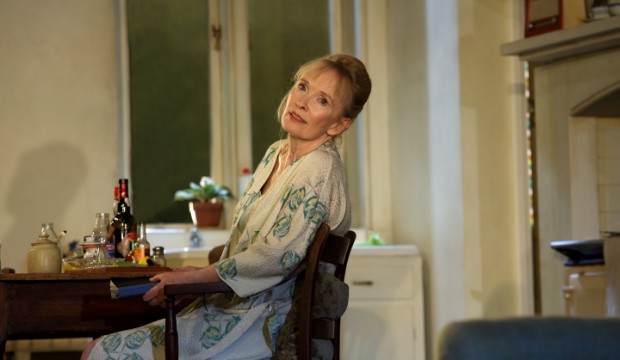 Where Jennings and Duncan’s performances flourish, Woods’s script strains to keep up. Occasionally it feels overly didactic, as if both characters are party-endorsed mouthpieces arguing on the radio. After establishing one rhythm, Woods struggles to create a new one, and the dialogue hardens. Frustratingly, Hansard neither illuminates the homophobic environment that led to Thatcher’s law, nor does it effectively or inventively cast back Britan’s political history to shed light on the present. At one point, in a bitter and quite funny quarrel about Britain’s theatre-going class, Duncan imagines how different the UK’s history would be if Margaret Thatcher sat down and watched Hedda Gabler.

Perhaps that might be a good starting point for a play commenting on Britain’s political landscape. Instead, Hansard diverts from its referential title and evolves into a potentially powerful story of grief and loss, one that is stunningly acted but unaided by its political underpinning.