As the National Theatre causes controversy with a season of all male playwrights, we'd like to spotlight some of the talented women writing and directing 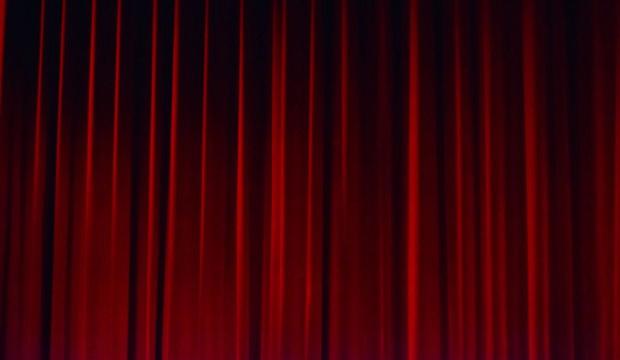 The programme, which will open for booking on 3 May, features only male playwrights and just one female director. “There is nothing ‘national’ about a partial season of six plays all written by male writers, with only one female director and no ethnic minority women,” declared QI presenter Sandi Toksvig in an open letter in response to the new season announcement.

The NT’s Artistic Director Rufus Norris has previously assured audiences that this publicly funded theatre will reach 50:50 representation for female artists by 2021. With that target less than two years away, and their current track record, how are they going to achieve this goal? We thought we might give them a hand and recommend some of the most talented female writers and directors the UK stage has to offer. Rufus Norris, take note!

Lynette Linton has been appointed Artistic Director of the Bush Theatre. Not only is she leading the way at executive level, she is co-directing the current production of Richard II at Shakespeare’s Globe. This is the first ever company of women of colour to perform a Shakespeare play on a major UK stage. Linton is making history.

If you thought that wasn’t impressive enough, Linton’s urgent, sellout production of Sweat at the Donmar Warehouse is transferring to the West End this June. Linton is the breath of fresh air that the NT needs to sweep away their male dominated programming.

Morgan Lloyd Malcolm has recently risen to fame with her fictionalised retelling of the life of EmiliaEmilia, the feminist poet of the 1600’s who was reportedly a lover of Shakespeare’s and inspired his ‘dark lady’ sonnets. It is alleged that her ideas were stolen by him and turned into plays and poems!

First staged at Shakespeare’s Globe last year, Emilia has now transferred to the Vaudeville Theatre. It stars an all female cast, with three actresses playing the role of Emilia as she ages. Rousing audiences to their feet nightly, Lloyd Malcolm is proving she has more than enough talent to fill an NT stage.

Jenny Sealey has been Graeae Theatre Company’s Artistic Director since 1997. She has pioneered a theatrical language utilising British Sign Language, creative captioning and audio description methods. Sealey co-directed the London 2012 Paralympic Opening Ceremony, and was on the h.Club 100 list of the most influential people in the creative industries. She even has an MBE, but has yet to be given a platform at the Nation's Theatre.

In fairness, the NT provided Sealey’s work with two one-day performances. Pretty slim pickings. With over 20 years of directorial experience, Sealey should be a recurrent director at the NT, not only to mine her directing talents, but to stand as a disability advocate who challenges perceptions and pushes for cultural shift.

Winsome Pinnock has written numerous, award-winning plays that place the black experience centre-stage. As one of Britain’s most well known black playwrights, you would think the NT would be bursting at the seams to stage Pinnock’s work. Yet the last time her work was performed at the NT was over 20 years ago!

Pinnock describes herself as a “Windrush baby”. Her 1986 play Leave Taking about Jamaican immigrants living in Deptford was the first play penned by a black woman to be staged at the NT. It was revived last year at the Bush Theatre to rave reviews. So if the NT could commission Pinnock in 1986, it's high time they did so again.

Not only is Athena Stevens a rising star in the theatre world, she is an official spokesperson for the Women's Equality Party. As a ground-breaking playwright with cerebral palsy, Stevens’ work explores beliefs surrounding disability, autonomy and self-determination. She is currently working as an Associate Artist at Shakespeare’s Globe. This year she is nominated for an Olivier Award for her darkly dynamic two-hander Schism at Park Theatre, which she wrote and starred in.

Interestingly, Stevens is an advisor to Transport for London and was named one of the 150 People Impacting the London Underground. TfL are listening to Stevens, so why not let her voice ring out on an NT stage?

Kate Prince is a formidable triple-threat pioneer. As director, writer and choreographer, her latest credits include co-writing the Old Vic’s 2018 musical Sylvia and choreographing Everybody's Talking About Jamie. With her dance company ZooNation, she created Into the Hoods, which became the first Hip Hop dance show to open in the West End, and the longest-running dance show in West End history.

Prince is now choreographing Message In A Bottle, which hits the stage in 2020. The show will combine hip-hop dance and songs composed by Sting including Every Breath You Take and Roxanne.

In 2014, Prince worked on the NT production of Ballyturk starring Cillian Murphy. But we want to see her commissioned by the NT to create a female led, body-pumping musical, like her hit West End show Some Like It Hip-Hop.