Message in a Bottle, Kate Prince and Sting’s acclaimed show, returns to the Peacock Theatre where its triumphant run was cut short by the Covid-19 lockdown

It’s the prevailing narrative of our times, the seemingly never-ending stream of refugees pushed out of their homes by war; but rarely has it been told with so much verve as in Message in a Bottle, hip-hop queen Kate Prince’s new show.

It is a show where every last detail has been properly thought out. Sting has reworked some of his back catalogue, and pop classics such as Message in a Bottle, So Lonely, Roxanne, Englishman in New York have been re-recorded, producing a rich, almost orchestral, sound without losing its pop accents. As well as Sting himself, guest vocalists include the compelling Beverley Knight, whose rendition of Fields of Gold marks one of the show’s highlights.

The dancers of Kate Prince’s ZooNation outfit are among the best in the business. They are skilled hip-hop dancers: acrobatic, energetic and seemingly indefatigable, making short work of Prince’s demanding narrative choreography.

And – crucially! – playwright Lolita Chakrabarti’s dramaturgy is a masterclass in how to tell a story with absolute clarity, flow and cogency.

Message in a Bottle follows a family who have to flee their village when war breaks out. They go from carefree villagers to refugees, paying human traffickers to get on a rickety boat and cross perilous seas. 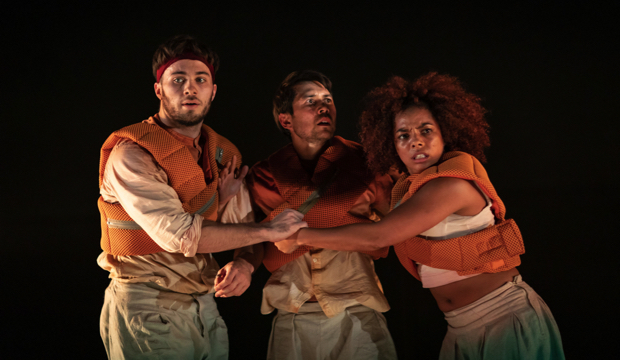 Message in a Bottle by Kate Prince/Sting. Photo: Helen Maybanks
Some drown. Those that make it ashore are held in detention camps, before managing to bribe their way out to enter a strange land.

They find a young wife, who had been kidnapped by armed men, working as a sex slave; eventually she is reunited with her husband, who had never lost hope of finding her. The show ends on a joyous note of hope.

It’s remarkable how versatile the language of hip-hop can be, and how eloquent in illustrating a wide range of feelings, particularly when entrusted to the dancers of ZooNation.

They tell the stories of their characters so that you become truly invested in their fate: happy and sunny in the village, languidly romantic in the love duets, defiant in their detention cages. 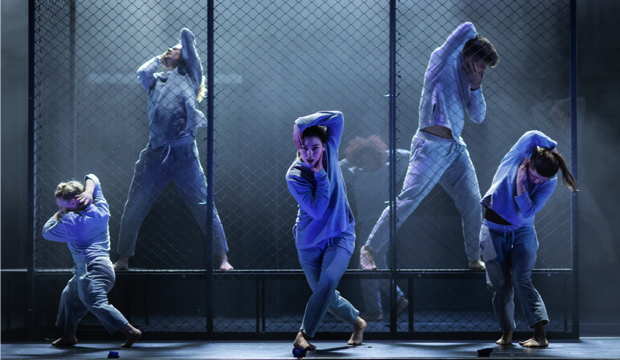 Message in a Bottle by Kate Prince/Sting. Photo: Helen Maybanks
They are well served by very functional sets by Ben Stones, video projections by Andrzej Goulding, which are particularly effective when recreating tempestuous seas battering the boat where the refugees huddle, as well as atmospheric lighting by Natasha Chivers, and costumes that range from sunny and colourful in the village, to drab detention centre uniforms by Anna Fleischle.

And equally remarkable is how Sting’s lyrics, written all those years ago, echo and drive the story. When the refugees are held in cages, the lyrics from Message in a Bottle ‘I’ll send an SOS to the world’ are like a sharp dart of irony – does the world care?

In short, Message in a Bottle is a triumph. For once, a spontaneous standing ovation is richly deserved. Go. Take the children, and the rest of the family, too.