It plays out on an elegant art deco set, conjuring a modish apartment, where the characters congregate in ravishing costumes channeling the 40s fashion for wide leg trousers, sharp tailoring and neat hats.

Without attempting to update or shift the zany farce for which Coward is celebrated, Warchus succeeds in making this Old Vic production zing with freshness. With a subtle touch of gender reversal, Warchus expands the comedy into a pan-sexual love-in. This illuminating update banishes the stiff upper lip, to create a tangle of love affairs that transcend binary notions of 'straight' or 'gay'.

Coward's script features a power producer called Henry and his flighty wife Joanna, who seduces Garry to chaotic effect. But in this production with have Helen brokering the deals and suave Joe stealing everyone's husband. This indiscriminate switching of genders intensifies the pace of the farce and also reinforces the sense that Garry is irresistible.

And of course it helps to have a starring turn from the Hot Priest who had the whole world a-flutter after stealing the show in season two of Fleabag. 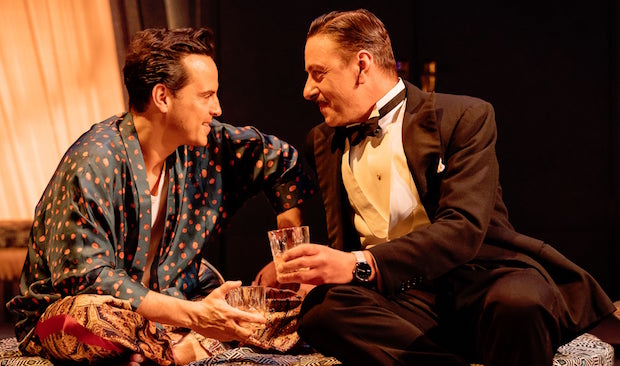 Scott is in his element as Garry, a 40-year-old actor with a penchant for light comedy, silky sleepwear and self-obsession. From foot-stomping tantrums to the habitual re-arranging of his hair, Scott practically vibrates with energy. We see the magnetism that attracts his many suitors, but hysteria and petulance are never far away as Garry performs his way through life without ever really engaging his true emotions.

'I'm always acting,' he pouts. Later bemoaning: 'Everybody worships me. It's nauseating'. As the audience, we are privy to the full spectrum of Garry's egotism, from postured Shelley recitals to catty sparring with his long-suffering secretary (a vibrant Sophie Thompson). Yet we cannot help but be just as enchanted as Garry's lovestruck suitors. The supporting cast are just as sparky, especially a poised Indira Varma as (almost ex) wife Liz, but it's inevitable Scott who steals the show.

Over the course of a few days we see Garry fend off multiple seduction attempts, negotiate with a frenzied playwright and confront his own impending midlife crisis. It's far from hard-hitting drama, but it is tremendously fun.

The farcical set up is buoyed by Coward's characteristic quick quips. The mounting ridicule of the farce is amusing and well-paced but it's the one-liners that bring the house down. Lots of plays are serious or sad (and there's nothing wrong with that) but it's a rare treat to leave the theatre feeling uplifted after an evening of belly laughs. 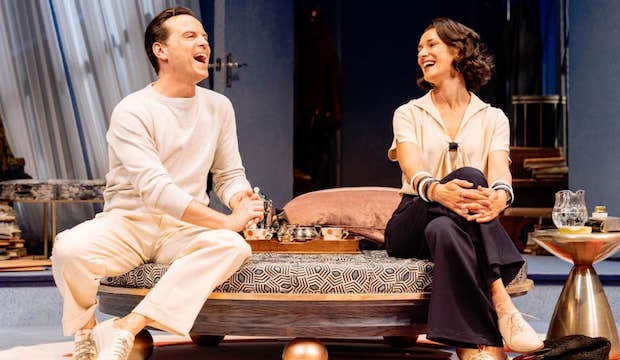 Tickets for Present Laughter at The Old Vic are now on sale. Click here to book.