In Colette, Keira Knightley goes against the norms of 19th century society – sleeping with men, women, and writing the most popular French novels of the time

1 CW reader is interested
Colette film review 4 Colette film review Euan Franklin
‘This is what men do!’ roars the (cough) author Henry Gauthier-Villars (nicknamed Willy) as he’s caught one morning with another woman by his wife Gabrielle Colette, who would become the most popular novelist in France. In the new biopic about her marriage, this line makes Colette question her role as a wife as well as the gender rules of the time. And at the turn of the 19th century, she shows what she's capable of.

The film begins in the French countryside, when Colette (Keira Knightley) and Willy’s (Dominic West) sensual and sexual relationship has already started. We step forward into their married life, filled with surreal and opulent parties, and running a publishing house. But when Willy’s business starts to lose money, he needs another popular novel for the masses. He looks to his wife, who had previously told stories of her school days. 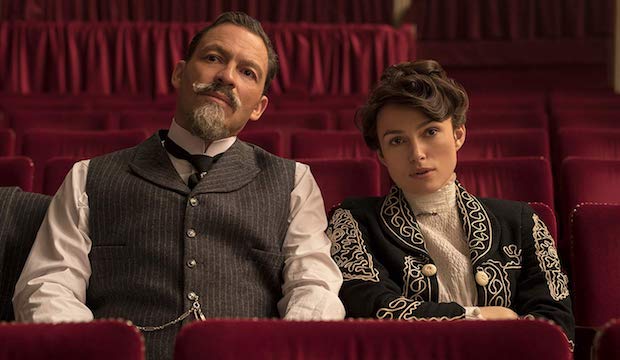 Director Wash Westmoreland, who co-wrote the script with Rebecca Lenkiewicz and Richard Glatzer, provides a serene, Madame Bovary-esque vision of rural France as well as the bizarre surrealism of the Parisian La Belle Époque era with some striking costumes and rich set design. Colette is fiercely written, with Knightley flaunting a gloriously rebellious spirit that grows with every scene – reaching scandalous proportions towards the end. Willy himself is a part-time sexist (respecting his wife one moment, degrading her the next) with some eloquently hilarious lines (‘Bad theatre is like dentistry’) and an exuberant, electrifying performance from Dominic West.

Colette does drag on in its third act, mumbling for too long before reaching the inevitable speech towards the end. It’s a story that could have been told in an hour and a half, but settles for 111 minutes. Westmoreland, Lenkiewicz, and Glatzer also straddle the line between plot and character too often, but the liveliness of the characters and the dazzling sensuality emanates from them is certain to jolt more than a few hearts in the audience.

More than passionate thrills, the dialogue has a certain punch and poetry to it – especially when Willy is pretentiously dismantling a play he didn’t like – flowing with strength like Thomas Adès’s booming orchestral score. And although The Wife (a modern film with a similar premise) has superior performances, Colette is a more invigorating and enlightening experience.

Based on a true story: movies and biopics coming soon
Sign up to CW’s newsletter
By entering my email I agree to the CultureWhisper Privacy Policy (we won`t share data & you can unsubscribe anytime).
1