The Diary of a Teenage Girl director Marielle Heller teams up with Melissa McCarthy. Lee Israel takes centre stage in Can You Ever Forgive Me?

Can You Ever Forgive Me? is currently nominated for three Oscars: Best Actress for Melissa McCarthy, Best Supporting Actor for Richard E. Grant and Best Adapted Screenplay.

If Lee Israel was to be defined by the title of ‘literary forger’ alone, it would be a waste. She is a writer, yes, and she embellished over 400 letters from writers and actors, that’s true. But in Can You Ever Forgive Me?, the film based on her confessional autobiography, Israel’s identity is explored for its intricacies; the alcoholic necessity, the creative insecurity, and the emotional vacuity. Following her charming debut The Diary of a Teenage Girl, Marielle Heller directs the story of a woman who could be considered problematic or unlikeable, with a light touch and tremendous empathy.

Lee (Melissa McCarthy) is a struggling writer whose agent won’t call her back. She sips scotch and soda to tolerate the sound of a successful man at a party telling his entourage that he doesn’t subscribe to the term 'writer’s block'. She’s late on her rent and can’t afford the vet’s fees to find out what’s wrong with her cat, Jersey. And the new Fanny Brice biography Lee's working on isn't set to change these financial woes.

A biographer is no less of a writer for telling another person’s story, but in spite of the sporadic success in Lee’s body of work, she’s still not impressive enough. She’s told that as an unknown, she simply can’t be such a bitch. McCarthy slips into Lee’s skin with a deep scowl and the shroud of frumpy clothes. She lives alone with the cat, and doesn’t have anyone else to care about in her life. When she comes across a rare letter in a research project, all Lee does is add her own postscript. This small ‘P.S’ showcases her creativity, and kickstarts a lucrative career of collecting (and slightly updating) literary correspondence. The criminality is just a detail. 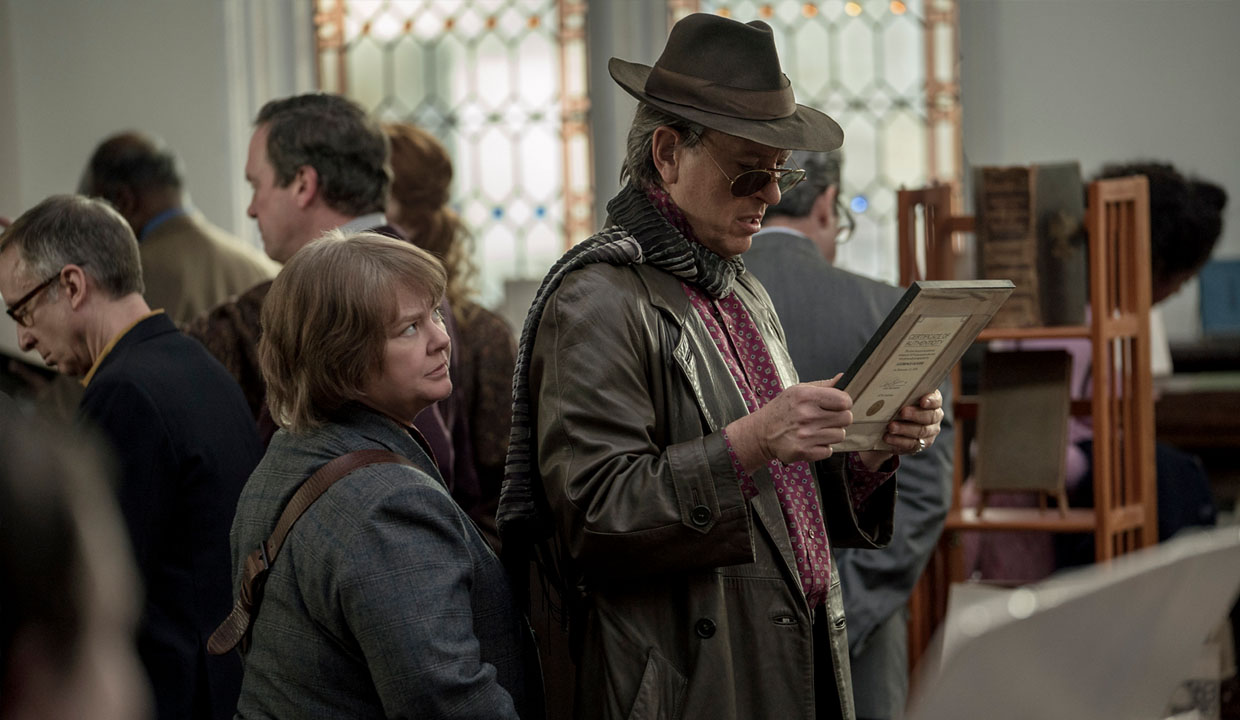 Melissa McCarthy and Richard E. Grant offer terrific chemistry in Can You Ever Forgive Me?

Can You Ever Forgive Me? relates a moment that fascinated the FBI as much as collectors, but it’s hardly a heist movie. Instead of focusing on the thrill of the scam, the film reflects the weight of creative stimulation and emotional vulnerability. McCarthy rarely struggles to make people laugh, but the humour in Lee’s embitterment anchors a clear turning point in the actor’s career. Her laughter isn’t negligible – there’s a wheeze in Lee's breath, and it’s hard to tell whether she’s smiling or crying. It could be either. Wit doesn’t entail happiness, and frowning pauses punctuate the flow of her words.

Heller's deft storytelling follows the standard movie tropes without ever feeling contrived. Lee’s love life, although not a priority, is treated with dignity. Her friendship with Jack (a perfectly eccentric Richard E. Grant) shades the film with a brilliantly flawed but loyal dynamic.

When telling a true story, it’s easy to trace the facts of the source material to deliver a sufficiently convincing account of what happened. This could have been a paint-by-numbers biopic, of a woman who faked her way to survive. But like Lee, Heller is doing more than just forging or tiptoeing around other people’s talent. The film is inspiring in its complexity, through the understanding that, as the New York Times said of Lee's memoir, just because you’re sordid it doesn’t mean you’re not pretty damned fabulous too. 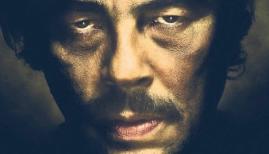