Lucas Hedges' performance in Boy Erased was nominated for a Golden Globe.

Movies with institutionalised characters tend to boil an audience best when they’re set within a rigid, conservative bubble – especially if that bubble’ been infected by dogma. Recent films like Disobedience and The Miseducation of Cameron Post speak to that kind of environment and the strive to escape.

Set within a gay conversion clinic, like Cameron Post, Boy Erased tells another compelling journey out of dogmatic entrapment.

Based on the real experiences of Gerrard Conley, Jared (Lucas Hedges) enters one of the fiercely controversial Love in Action conversion facilities, designed to 'cure' gay Christians. He enrols at the behest of his conservative mother (Nicole Kidman) and Baptist preacher father (Russell Crowe), in the hope of turning himself straight. 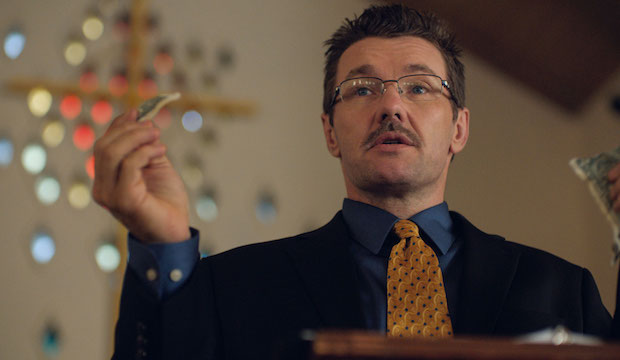 Edgerton casts himself as the villainous Mr Sykes

Immediately, there’s a cold sense of imprisonment. Jared and his mother drive day and night to the facility, and Jared winds down the window to swirl his hand through the outside air. He’s immediately ordered by his mother to draw back, scared a truck will come past. He winds the window up and retracts his hand to where it belongs.

As they enter the clinic's reception area, his mother is forbidden to cross a certain point. Jared’s stripped of his possessions, so as not to inspire an escape. And during the group meetings, it’s hard not to think of One Flew Over the Cuckoo’s Nest as the camera pans slowly across the nervous patients there to be ‘cured’.

Edgerton casts himself as the villainous Mr Sykes. He plays the part with a deceptive, Nurse Ratched-like softness – his aggression pouring from the face of a caring father. Sykes introduces several exercises for his patients, which can’t be distinguished from emotional and physical abuse. They range from ridiculous, like the manliest way to stand, to the psychologically cruel, like drawing out the sinful activities of distant relatives in ‘Genograms’ as a reason for their sexuality.

This enables Jared to think back to the sexual experiences, the horrible and the sensual, that led to his being found out by his parents. 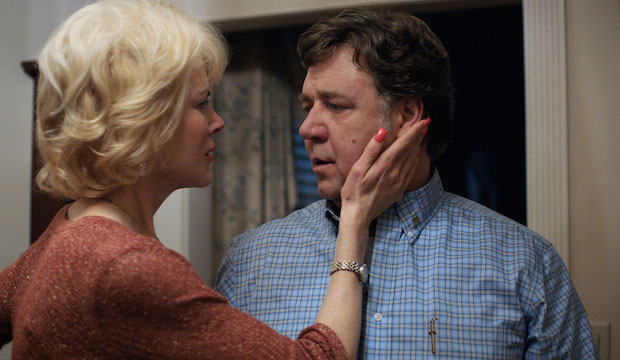 Given the truth of the situation, there’s plenty to feel upset about. The prejudice grows louder with every scene, and so does the stupidity: same-sex attraction being flaunted as a choice, the same as the choice to play football. Lucas Hedges, a rising star, captures Jared’s horrific struggle from obedience to climactic defiance.

Russell Crowe evolves from his trademark ultra-masculine grunts and gives a surprisingly moving performance as Jared’s father, drawn out through the film's final act. Kidman is more restrained, achieving a secret sadness behind her character’s supposedly stern values. But the baby-faced Hedges steals the gold from these Hollywood legends and proves to be an endlessly absorbing lead.

Boy Erased goes on for a little too long, unnecessarily dwelling on Jared’s life post-clinic, but those closing moments are still emotionally pressing. The film is a gruelling, tempestuous blood-boiler that continues to seethe long after you leave the clinic. 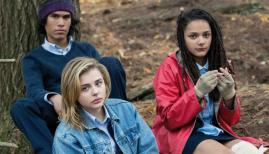 In cinemas this weekend: Brad Pitt battles assassins on a bullet train
Sign up to CW’s newsletter
By entering my email I agree to the CultureWhisper Privacy Policy (we won`t share data & you can unsubscribe anytime).
2