Following his documentary work on The Imposter, filmmaker Bart Layton returns with a heist no one needed but can still be enjoyed in American Animals.

Filmmaker Bart Layton moves from documentary work on The Imposter to something more slippery with American Animals. Four bored boys in Lexington, Kentucky come to the mediocre realisation that they might not be anything special, and, with a hunger for the heist movies they only watched during the good bits, they decide to turn their own lives upside down with a robbery that no one needed. And Layton was there to catch them after they fell.

The book theft at Transylvania University in 2004 relied on the impulsive gall of Warren Lipka (Evan Peters) and the fascinating, quiet intelligence of art student Spencer Reinhard (Barry Keoghan). The then bumbling teenagers, now tired and middling men, are mirrored by charming, gripping performances from the young actors. There’s a sense of resolve and youthful grit that makes these criminals feel worth watching. With lesser actors, the film would be a disaster. 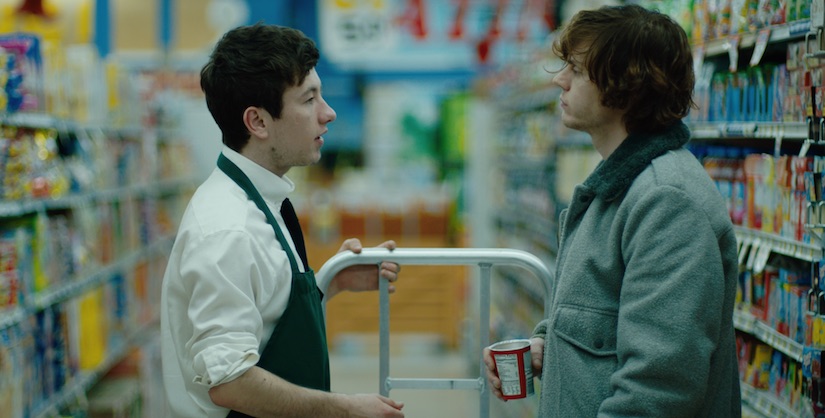 Joining the two less-than-master-minds are Eric Borsuk (Jared Abrahamson) and Chas Allen (Blake Jenner), completing the gang of makeshift criminals. The four boys fill in the gaps of each other’s flaws, without any of them ever rising above it all to break free from their immature egos. Layton blends fiction with concrete proof in order to deliver an entertaining but consistently convincing story. The events are unbelievable until proven true, these boys feel despicable until becoming the stars of their own downfall.

When telling the stories of people who want nothing more than to be noticed, it feels frustratingly paradoxical to celebrate the pointless pain they inflicted on themselves and on others. Those who have raised them and those who teach them, friends and family struggle to come to terms with what their kids have done. It’s not about the books, it was never really about the books.

American Animals thrives on its messy humanity, giving a soul to these forgettable criminals but still pointing a finger at their foolishness in the process. We can enjoy the deft and boisterous film – but they still have to live with themselves.