In The Spy Who Dumped Me, Mila Kunis and Kate McKinnon are the slapstick pair taking on spies galore in what has always been a man's world

Audrey Stockton (Mila Kunis) is a cashier in a floral print shirt. After her unbelievably brooding boyfriend Drew (Justin Theroux) breaks up with her over text, she mourns her broken heart with her outgoing best friend Morgan (Kate McKinnon) by her side. But burning clothes and taking shots doesn’t last for too long, as Audrey and Morgan soon get wrapped up in a world they never knew they could fight in. Drew is a spy, Audrey is heartbroken. Someone's got to clean up this mess.

There are strange, self-aware but self-destructive moral politics and genre defiance in The Spy Who Dumped Me. Reversing roles as the brilliantly funny and fierce double act takes on a world of men in suits, disaster heists and bloody plot twists fill the screen while the girls continue to scream. 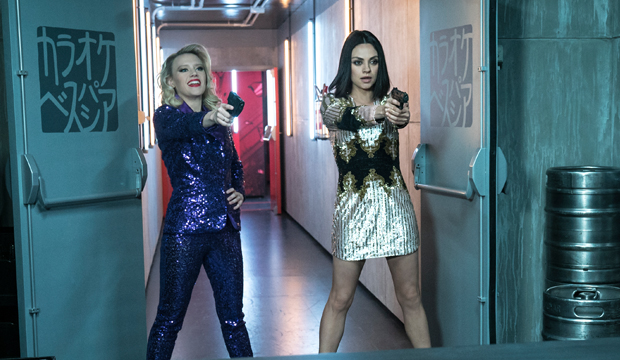 Director Susanna Fogel seems aware of sexist tropes, but the knowing humour doesn't do much to absolve the problem that still exists. Instead of questioning the conventions and then creating some kind of elevated and refreshing subversion of the genre, Spy capitalises on its star charisma.

It fails to tap into a more subtle exploration of the anxieties and moral damage associated with the surprisingly graphic violence on show. Women joke about being objectified, but one of the biggest laughs comes from a skit about how great a female boss looks.

The leading slapstick double act thrives, and keeps the film sufficiently entertaining. But joking about objectification and substituting depth with violence doesn't let The Spy Who Dumped Me break free from the stale cage of conventions it's trapped in. 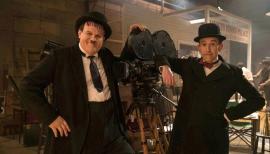