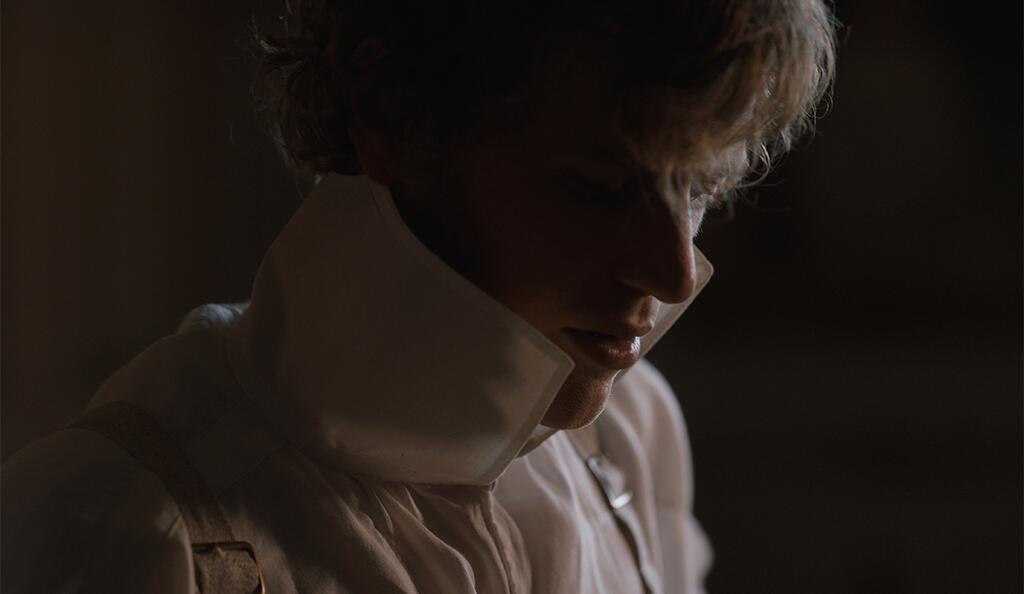 Johnny Flynn in EMMA
Johnny Flynn has been strumming a guitar and breaking hearts for over 10 years now. The musician-cum-actor might seem most at home on a folk stage, but Autumn de Wilde gave him a new challenge: for the fashion photographer’s first feature film as director, EMMA., Flynn takes on the role of George Knightley, one of literature’s finest leading men.

Discussing his role ahead of a Valentine’s Day release, Flynn opens up about A-Level English, Clueless, Radiohead, and his all-time favourite love song. 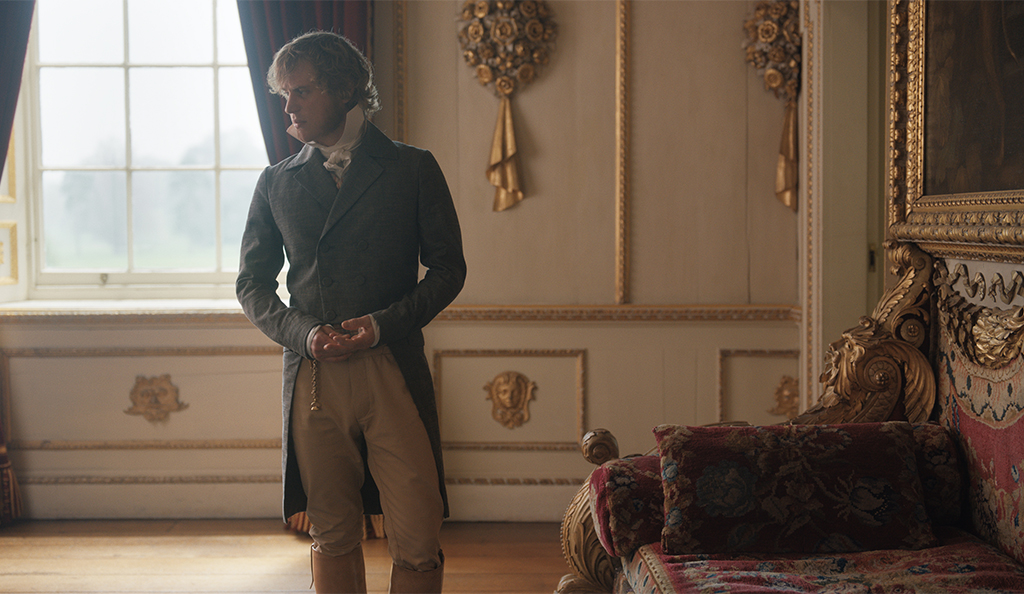 What did you know of Jane Austen when coming to the film?

My experience of Austen was mostly through Emma because we studied it for A-Level English. It was my English teacher’s favourite book, so he loved teaching it. He was a big deal for me, he became a mentor. I hadn’t seen the Pride and Prejudice film or TV series – apart from Clueless, I hadn’t seen any of the Austen adaptations. That's maybe is a good thing, because there’s probably a certain style that these things all lean towards that I think we were trying to undo a little bit with this version.

How did you retool this story with Autumn?

From first reading the script I knew I loved this take on the story, and then meeting Autumn and hearing her vision for it I realised this could be something really different. I loved the way she spoke about it as a story about women and the subtle and yet profound implications of the things that happen in the story, and about the female friendship between Emma and Harriet, and how Knightley can be a lesson to men as a man drawn by a woman in 1815 when women didn’t have any political agency.

It all came together, hearing Autumn’s visual imagining of the film and knowing what a flair she has for creating these pictures from her photography. She also talked about references that I loved, things that might seem unusual for an Austen adaptation, like screwball comedy and 1930s movies like His Girl Friday and Bringing Up Baby. To really adapt the wit of the novel you have to do that.

There’s so much narration, in those long eloquent sentences, which sort of puts you in the characters’ heads. There’s these thought pratfalls in the writing, where the characters commit to something and then they learn about themselves through a mistake they’ve made because they’ve committed too hard. You usually can’t do that on film unless you have a narrator, so to have that kind of physical comedy worked really well I think. 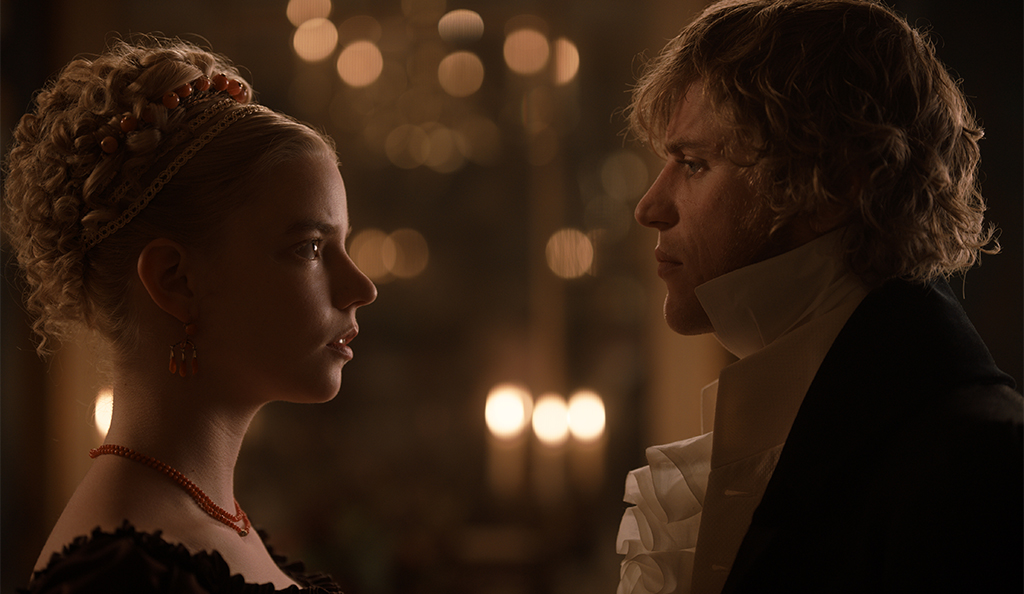 You mentioned Clueless, which is a vibrant and snappy disguised remake of Emma. What has changed between Austen's Knightley, which you play, and Paul Rudd as Josh, his proxy in Clueless?

I didn’t rewatch Clueless before filming, but I think it would be safe now. I didn’t want to influence my instinctive take on the character from Eleanor [Catton]’s amazing screenplay. I do remember really liking Josh, and thinking through the half-closed eyes of looking at something as a memory, he just essentially seemed really kind. He had this quality of an older brother which makes the story work.

Autumn used to talk about elements of the story working like a thriller, in the sense of the murderer not being the person you thought it was. They should hide in plain sight. This also applies to Knightley, as a potential suitor for Emma. I remember Paul Rudd being great in Clueless. As an actor I think his success is being very relatable – you can feel his heart. 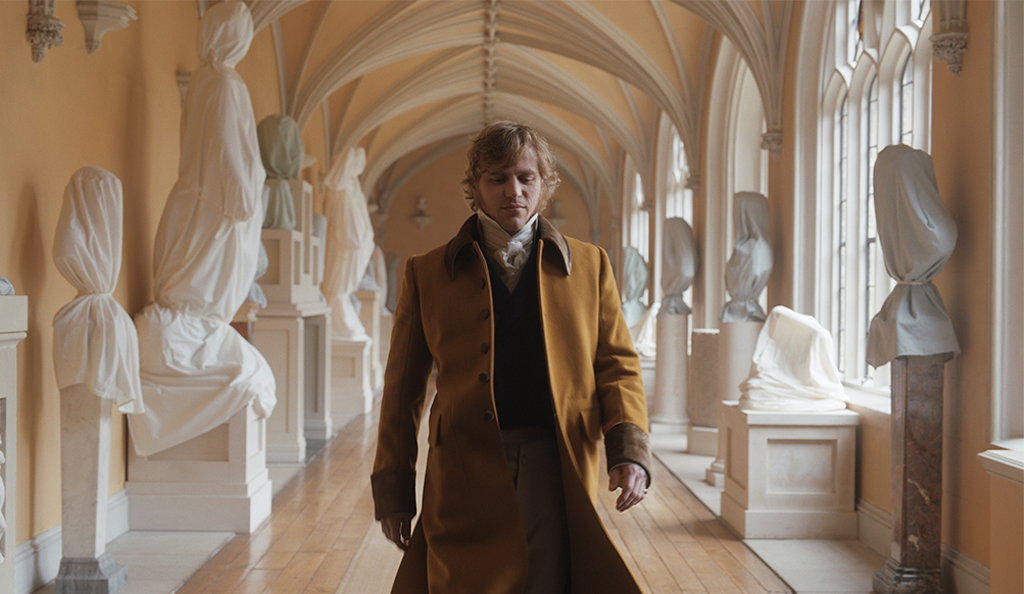 I think Knightley in the book, and in our film hopefully, has a slightly tortured element to him. He’s in this position of power, and yet the thing that spoke to me was the fact that he never uses his carriage – he always walks through the fields of his estate. He loves talking to his tenant farmer George Martin, which somewhat mirrors the friendship between Emma and Harriet. I love that even though he is socially at the top of the pile, he doesn’t perceive it. He has a sense of equality in his soul.

Emma is a love story and Knightley sings in the film – and you’re also a musician. What is your favourite love song?

I’ve been listening to Ol’ 55 by Tom Waits a lot. I remember loving it before starting this project, and then Autumn sent me a version of it in which he’s just plucking a guitar very mournfully. He’s talking about leaving his lover’s house and it’s early in the morning, he might be going to work. The Ol’ 55 is the car that he’s getting into.

Everything is vibrant and alive, he’s in love with everything and the sun’s coming up and he’s driving on the freeway. You know that feeling, when you’re in love with someone and everything has this shine to it. It’s also true of Knightley’s feelings for Emma.