In Euphoria, Zendaya stars as Rue Bennet, a 17-year-old drug addict just out of rehab. She tries to navigate her anxious, Gen-Z life without any intention of getting clean

Rue Bennet was born three days after 9/11, the stress and terror of the modern world immediately broadcast to her new-born eyes. She eases her anxiety disorder with hard drugs, some littered with incomprehensible letters and numbers. She doesn’t care what they do, as long as they numb her pain. Her experience unfurls like a haunting, hypnotic mind-trip. 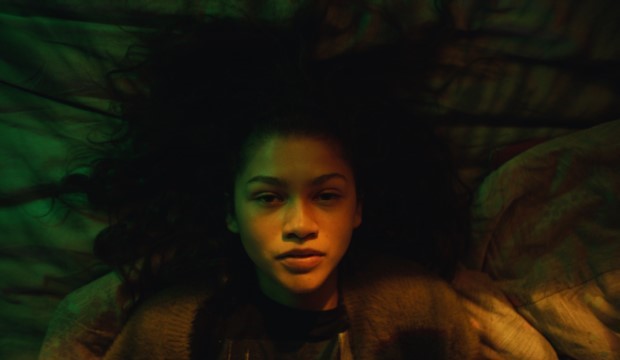 Rue tells her story, and the stories of everyone around her, in a transgressive, existential haze – like a Gen-Z version of the addiction fiction of Irvine Welsh (Trainspotting) cut with the privileged, uncomfortable characters of Bret Easton Ellis (The Rules of Attraction).

Writer/creator Sam Levinson (Assassination Nation) pits Rue’s individual anxieties with the anxieties of the Western world. As she says to the drug-dealer's older brother: ‘the world’s coming to an end, and I haven’t even graduated high school yet’.

The first episode focuses on Rue while introducing the classmates who drift through her life. Each demonstrates a common teen drama archetype, but Levinson shrouds them in darker colours. He plunges into the childhoods of the characters, explaining why they are the way they are - breaking them down like engaging, psychological case studies. Even the most detestable specimens earn some small hits of empathy. 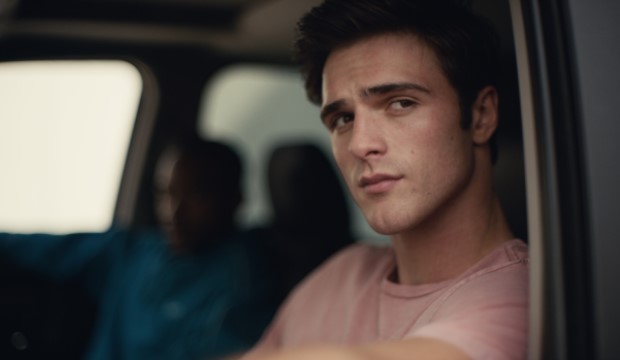 Nate (Jacob Elordi) is the slimiest of the slimy jocks

Euphoria explores these elements of the current teen experience with a rare honesty, brutally told. Despite the energetic style with its rotating cameras, split screen editing, and poppy soundtrack (Billie Eilish, Drake, Lizzo etc.), this up-to-date realism pulses all the way through. 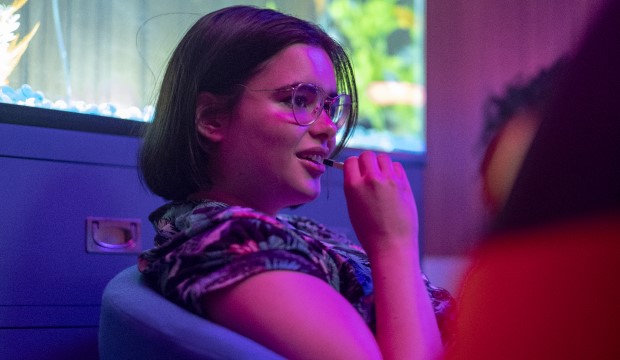 At the centre of all this is ex-Disney star Zendaya, who often gives the most absorbing performances in movies without revealing her full potential (The Greatest Showman, Spider-Man: Far From Home). At last, Euphoria mines her overwhelming talent – vividly confirmed for all to see - accommodating all of Rue’s nerves, frustrations and periods of contentment with a devastating, electric magnetism.

Unlike other recent teen dramas, which either graze these bleak Gen-Z issues (Eighth Grade) or ignore them completely (Booksmart), Euphoria dives straight into a filthy deep-end. It makes Sex Education look like Downton Abbey.

Rue's not a lost cause - there's a hopeful light at the end of a dingy tunnel - but she's a dangerously unreliable one. Considering she's our guide through the chaos, every scene has the potential to maim, shock, and amuse. Approach with caution.

Euphoria airs Tuesdays at 10pm on Sky Atlantic. All episodes are available to watch on Sky. 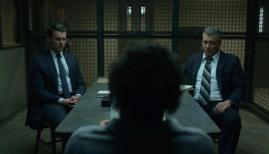 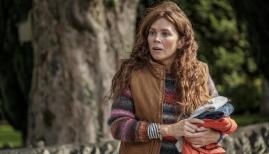