Based on the Windermere novels by Paula Daly, ITV's Deep Water follows three friends in the Lake District as they cope with debts, motherhood, and mediocre husbands

But when a show attracts and even encourages comparisons with Big Little Lies, unfair expectations rise to full mast. In the first episode, Deep Water sinks into deep boredom, but promises to swim to more absorbing territory as the series continues. 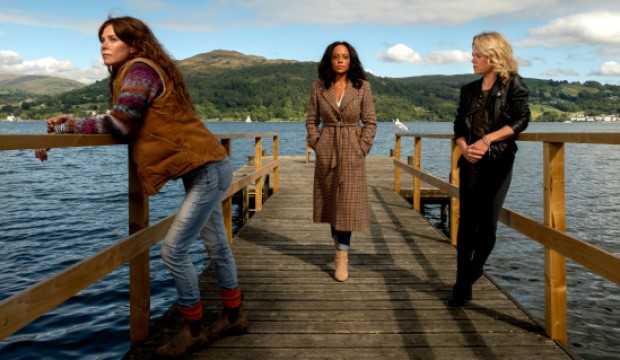 Three women struggle to balance their lives in Windermere. They take care of their disruptive kids, remain disappointed by their useless husbands, and feel shattered by the number tasks that need to be fulfilled.

Lisa, played with decent effort by Anna Friel, feels these strains the most. She has three kids and does odd jobs to pay the bills. Physiotherapist Roz (Sinead Keenan) battles with her own bills, racked up by her gambling addict husband as well as a dwindling private practice. Meanwhile, affluent Kate (Rosalind Eleazar) has an expensive house and sister issues. 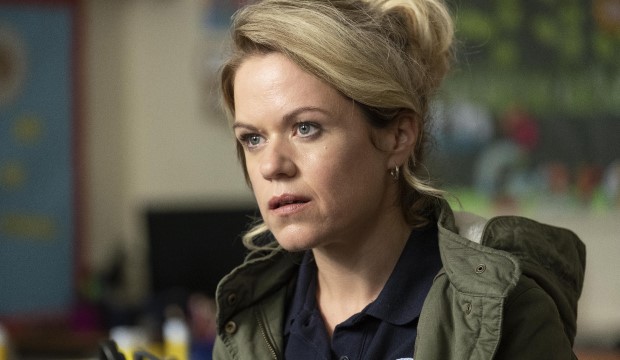 Sinead Keenan battles with her bills as Roz the physiotherapist

Writer Anna Symon (Mrs Wilson) and director Harry Wootcliff (Only You) don’t even try to appeal to the audience’s intelligence. In fact, they’re drearily patronising. Superfluous flashbacks flicker around, poorly shot slo-mo embarrasses key scenes, and the dialogue explains too much.

The first episode picks up some interest towards the end, as Lisa makes a dreadful mistake with devastating consequences on Kate. This sets up the rest of the story, which might lead somewhere more engaging. But this entrance trudges through enough trash to discourage any further viewing.

Deep Water airs on Wednesday 14 August at 9pm on ITV 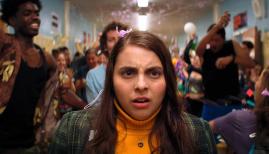