From a caring Tom Hanks in Paul Greengrass' News of the World to a scary Lupita Nyong'o in Jordan Peele's Us, Netflix in February provides escape from Lockdown 3 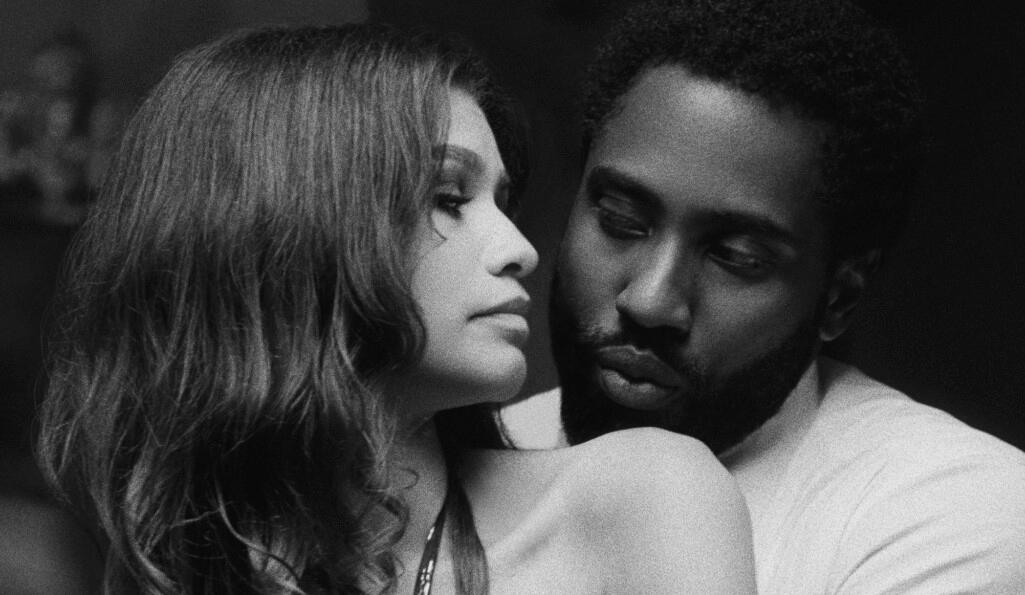 Whereas the dark Gen-Z drama Euphoria shows the hallucinogenic scope of Sam Levinson's filmmaking, Malcolm & Marie sees him try a different approach. Filmed over two weeks during the pandemic, the movie stays in one house, with two characters, shot in glorious black-and-white. The experiment isn’t entirely successful, but Levinson still crafts a stylishly intriguing piece.

The story follows a narcissistic filmmaker (John David Washington) and a model in recovery (Zendaya), arriving back from his film premiere. He’s buzzing and excited; she’s apathetic and upset. Over the course of the night, all the bad stuff in their relationship is thrown up and scrutinised.

Malcolm & Marie is predicted to win a couple of Oscar nominations for Washington and Zendaya, who hold and grip you with their furious performances.

Director Paul Greengrass is known chiefly for his rough, on-the-ground thrillers – ranging from the original Bourne trilogy to Captain Phillips. A large, sweeping Western is a different direction entirely, but News of the World (not the defunct newspaper) will be curious viewing.

Set in 1870, years after the Civil War ended, the veteran Captain Jefferson Kyle Kidd (Tom Hanks) travels across Dallas to tell people the news of the day. But he suddenly comes across the child Johanna (Helena Zengel), born to German immigrants and raised by the Native American Kiowa tribe. Kidd takes on the responsibility of guiding her back to her family, but it’s a dangerous road ahead.

Her 2017 film Detroit grows more relevant year by year, but it's especially evocative in the current climate – set during the 1967 race riots in Michigan and following the brutal, systemic racism in the police force. John Boyega (in one of his first roles after The Force Awakens) stars as a Black security guard who witnesses many appalling acts of white oppression.

In Firefly Lane, Katherine Heigl and Sarah Chalke star as best friends Tully and Kate. Tully is a big chat-show personality, recognised everywhere; Kate has put her career on hold to raise her daughter, and now she’s going through a divorce.

Hopping across four decades – in constant but accessible flashbacks – the series examines their life-long friendship from their teenage years to their 40s, showing the many hurdles along the way.

Greg Daniels is clearly a fan of the mockumentary genre, successfully adapting The Office for American audiences. Straight afterwards, he provided another brilliant fly-on-the-wall success: Parks and Recreation. The office this time is a small department in local government.

Amy Poehler plays Leslie Knope, a mid-level bureaucrat in Pawnee, Indiana, who aspires to become the first female President of the United States. But before dealing with the important national issues in the White House, she has to cope with small-town problems. For example: the outrage towards two gay penguins getting married at the local zoo.

Every decade has their uniquely female and American high-school movie. The 80s had Winona Ryder in Heathers; the 90s had Alicia Silverstone in Clueless. And the defining feminine teen movie of the noughties was – of course – Mean Girls, starring Lindsay Lohan, Rachel McAdams, Amanda Seyfried and Tina Fey. Like any great example of the genre, this one is filled with fantastic lines (‘Ex-boyfriends are just off-limits to friends, I mean that is just like… the rules of feminism’, ‘Boo, you whore’, ‘I don’t hate you because you’re fat, you’re fat because I hate you’).

The film follows Cady (Lohan), a new student who learns the cliques and hierarchies of high school. The Plastics are at the top, led by the (in)famous Regina George (McAdams), and Cady tries to enter their group. But she ends up falling for Regina’s ex…

After making Get Out, director Jordan Peele turned into the new darling of horror cinema. As well as being creepy and frightening, his movies (two so far) wield such political power. Us continues what could be an intensely fruitful career, entering a Twilight Zone world of murderous doppelgangers terrorising their counterparts.

Lupita Nyong'o plays Adelaide, who spends summer vacation with her husband and kids at their lake house. Nearby, at a local fair, Adelaide experienced a baffling trauma in a hall of mirrors that now reaches into her darkest fears. Her other self invades her family life, speaking through a croaky voice and gripping a pair of sharp scissors.

The full Netflix slate for February 2021:

Wednesday 10 February
Crime Scene: The Vanishing at the Cecil Hotel
News of the World

Friday 12 February
Hate by Dani Rovira
To All the Boys: Always and Forever

Tuesday 16 February
Animals on the Loose: A You vs. Wild Movie

Friday 26 February
Crazy About Her

TBC
Along Came Polly
American Graffiti
Detroit
Hostel
In the Line of Fire
Magic Mike
The Meg
O Brother, Where Art Thou?
Snakes on a Plane
Us (2019)