In this six-part ITV family drama about grief, Keeley Hawes stars as Alice, whose partner Harry suddenly dies. The impact ripples across the family, but Harry had a few secrets…

It could be too much to ask of a viewer in pandemic Britain: to spend several Sunday nights watching a family drama about grief. Considering the number of unexpected deaths that continue to burden the news cycle, wouldn’t something fluffier like Bridgerton help to escape the constant misery?

But shows like Finding Alice are vital to processing and unloading these tough emotions. For anybody who’s ever lost someone and had to endure the entire sordid business, this six-part ITV series provides a warm, sad, and funny embrace. 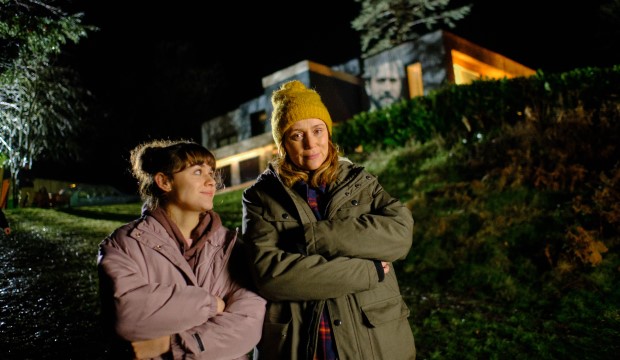 Alice (an always outstanding Keeley Hawes) has recently lost her partner Harry, a property developer who designed their new ‘smart house’. He falls down the stairs, callously constructed without a banister, and dies instantly – leaving Alice and daughter Charlotte (Isabella Pappas) to work through the grief as well as grapple with their new hi-tech home.

Writers Roger Goldby and Simon Nye (The Durrells) open up the struggles to Alice’s vast extended families. And friends, too. Despite the slightly superfluous abundance of characters (some are simply referenced or pushed to the background), they all have their memorable idiosyncrasies. You move through them like a Dickensian sweep.

You’d expect such a populated series to blur into a confusing wave of faces, but they’re a delightful, accessible mix: it's easy to tell one from the other. It shows the eclectic realities of big families as well as the strong ripple-effect any death can have. 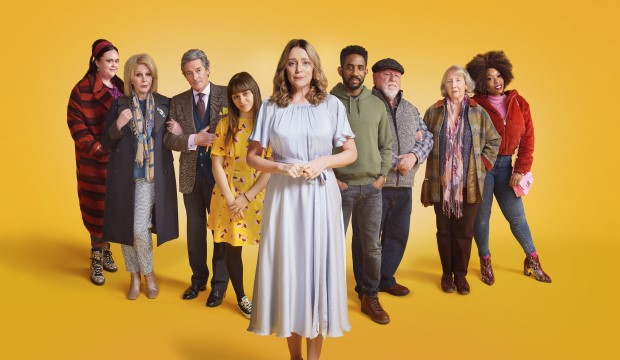 Harry's death has a strong ripple-effect across family and friends. Photo: ITV

Alice herself is refreshingly funny, constantly joking to relieve an endlessly bleak situation. Things get worse as Harry’s secrets begin to posthumously invade her life. The police start an inquest, the house could be taken from her, and money’s running short. All of this inevitably affects her relationship with Charlotte, who’s constantly keeping it together for her mum.

There’s also a joyous and liberating non-conformity about her. She dislikes the morbid hubbub of funerals, the religious choreography of the services, the frightening graveyards (‘like a long-stay car park in a really dismal airport’), and even the impersonal, eco-unfriendly coffin. She’s determined to do what Harry would’ve wanted, even though it attracts confusion and judgement from both sets of parents.

Yes, Finding Alice can be overwhelming in its grief and grapples with many kinds. But it can also be cathartically enjoyable, and leaves a twist at the end of each episode. The writers beautifully balance the humour with the harrowing, which slide into each other as often as in life. They deliver a comfort that acknowledges the dark, and then tackles it head-on.

Finding Alice airs on Sunday 17 January at 9pm on ITV.