The ITV detective drama The Bay returns. Lisa Armstrong (Morven Christie) has to deal with her demotion as well as having her old lackey Med (Taheen Modak) as a boss

The Bay can't match the same strength of grip with its Morecombe residents or its communal paranoia, ignited after a murdered child washes ashore. But there’s still a pulpy appeal to Daragh Carville’s creation and, thankfully, the second series doesn’t attempt to stretch the original story or unstitch the closures in the finale (not so far, anyway). You ease into the characters, and this seaside Lancashire town – too big for the genre – looks beautiful under the flaring sunlight. 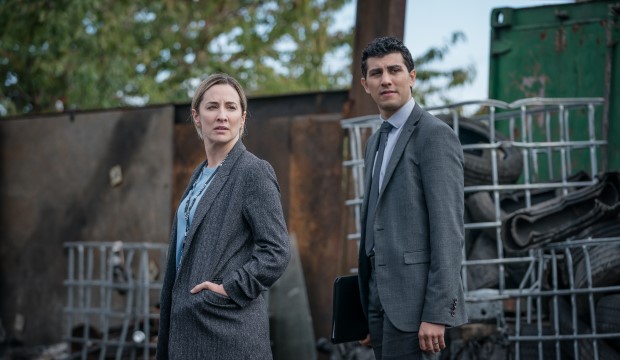 Series one kicked off with the unconvincing irony that, although DS Lisa Armstrong (Morven Christie) is a family liaison officer, she can’t take care of her own kids. They were stuck into shop-lifting and drug-trafficking because Lisa was exhausting herself doing her job. But after the events of the finale, series two sees her make amends. They’re connected as a family again.

Unfortunately, because she slept with a key suspect in a murder investigation and fiddled with evidence, she was suspended and demoted to a constable – swapping grieving families for ruffians stealing lead from roofs. As if that’s not bad enough, the blank and useless Med (Taheen Modak) has been promoted to Sergeant and Lisa must follow his lead.

As expected, these tensions compress after a shocking murder takes place. It’s a good murder: surprising, brutal, enigmatic. We’re not permitted to reveal who or what’s involved, but it wraps around the very middle-class Bradwell family, clearly burdened with their own dark and buried secrets.

The always absorbing James Cosmo (His Dark Materials) plays the grandfather patriarch Bill. He’s old-fashioned, wears a suit-and-tie, and stands to introduce his family. He holds traditions close. His gruff politeness, though marred with gravelly anger, is infectious – making him an obvious suspect in something. 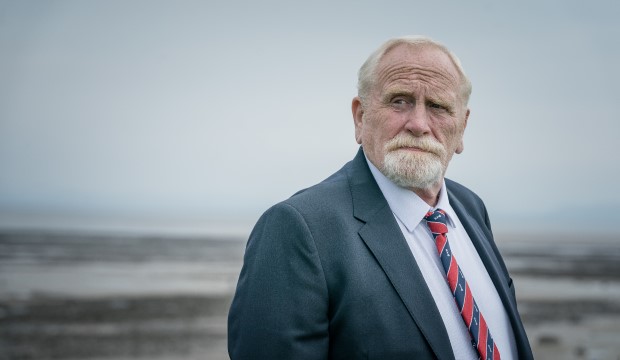 As they investigate, the friction between Lisa and Med crackles like eggshells on fire: quite entertaining, if a bit silly. Lisa’s desperate to resume her old position, taking care of families; Med feels threatened by her obvious professional superiority.

Maybe Med will surprise with some skills of his own, beyond his talent of standing like a stiff ghost. Didn’t he say he had a kid in series one? In that case, does his partner do all the hard stuff? How the hell did he get a promotion when he can’t comfort people? But despite the switcheroo being slightly contrived, it’s fun to watch Lisa and Med's discomfort around each other.

Whereas ITV’s true-crime output does everything by the book, at least The Bay is willing to let loose. There are many better detective dramas out there, but a weekly dose of this could help relax the Wednesday hurdle. It's a murder-mystery that doesn’t require much thinking, which is actually ideal right now.