In Cleaning Up episode five, Sam (Sheridan Smith) starts to enjoy her persona 'Nancy' a little too much – which may prove to be her downfall

1 CW reader is interested
Cleaning Up episode 5 review 3 Cleaning Up episode 5 review Euan Franklin
Pretending can be fun, and necessary. And illegal – don’t forget illegal. A key part of Cleaning Up is pretending: Sam (Sheridan Smith) lies about having enough money to pay off her debts, denies having a gambling addiction, and even takes on a posh-woman persona to essentially become an insider trader. Pretending’s key to her existence, and now she’s enjoying it.

In the penultimate episode of Mark Marlow’s comedy-drama, she embraces the lie as Swanny (Lloyd Owen) gives her £50,000 to invest – hoping to double it. But despite being promised 10% of the cut, Sam’s unable to resist using that money for herself. 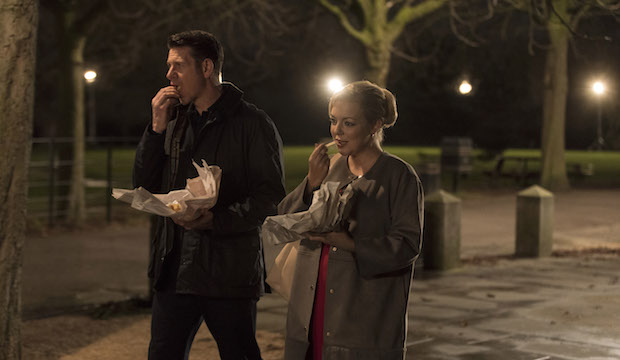 Sam, or 'Nancy' (Sheridan Smith) goes on a date with Swanny (Lloyd Owen)

Sam starts to relax into Nancy’s shoes, even going on a house date with Swanny who’s quite taken with her: ‘you know exactly who you are and what you want’. It’s a truthful assessment, but wrapped in a complete lie.

But Sam doesn’t care, she seems to like what she’s doing. It’s like what Jess says during a heated moment: ‘you just seem to love being a criminal, I can see you getting all excited by it!’.

And similar to her gambling addiction, ‘Nancy’, and everything that comes with her, is a thrilling way to escape her real and sordid situation. This spreads to her youngest daughter Lily (Anya McKenna-Bruce), who lies about Sam still being a dancer to her schoolfriend and even commits some illegal activities of her own. 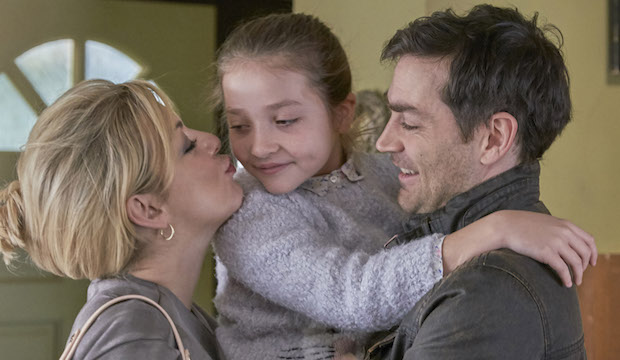 Director Robert McKillop, new to Cleaning Up, provides some of the most engaging domestic scenes in the series – maintaining a decent, constant conflict, especially with her kids. He even makes the repetitive aspects of Marlow’s script, like Sam and Jess’s inevitable argument, into arresting developments. And although some plot points are unclear in their significance, McKillop convinces us that they’re necessary.

Episode 5 is certainly an improvement over last week's absurdity, with enough decent writing and performances to carry us through, but Marlow continues to fall into a predictable structure. Hopefully the finale will turn that around.