Gwyneth Paltrow's top-grossing lifestyle brand Goop is coming to Netflix in The Goop Lab, where she experiments with energy healing, psychedelics and… exorcisms?

What is The Goop Lab about?

Based on the podcast by Gwyneth Paltrow and Elise Loehnen, the new docu-series will feature interviews with doctors, researchers and alternative health practitioners to discuss physical and spiritual wellbeing. 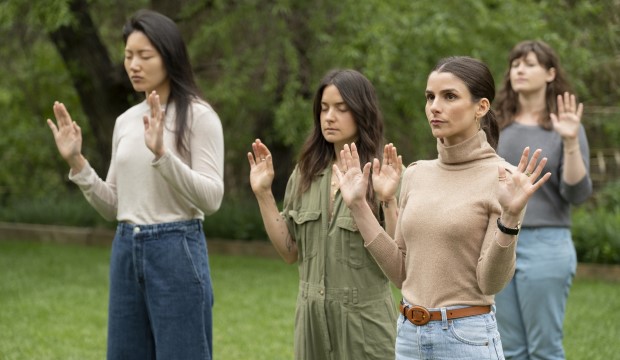 Considering the modern habit of adapting podcasts for TV (Homecoming, Dirty John), a series for Goop was inevitable. The episodes will each last 30 minutes, which (if it’s your thing) will make it easily bingeable.

The whole series drops on Netflix on Friday 24 January.

Goop has come under fire from doctors and scientists who’ve criticised Goop’s claims that jade eggs, vaginal steaming and walking around barefoot (‘earthing’) are pseudo-scientific and potentially harmful. But that hasn’t deterred the devoted consumers and investors – the company's worth a whopping $250 million as of 2018.

The Goop Lab will probably be hated as much as it's admired – but given Goop's success, Paltrow probably won't care too much. Watch the new trailer below.