The new ITV drama from Mike Bartlett (Doctor Foster, Press) examines bullying in the workplace, as sales associate Thomas (Ken Nwosu) tries to work his way up in middle-management

There’s a tendency to paint bullies as innately evil, since that’s how many of us remember them, without entertaining the idea that their lives could be worse than their victims'. Bartlett seems content with the former analysis; and yet, despite these issues, the series finds an immersive pulse. At times, watching Sticks and Stones is like squeezing a spongy stress ball. 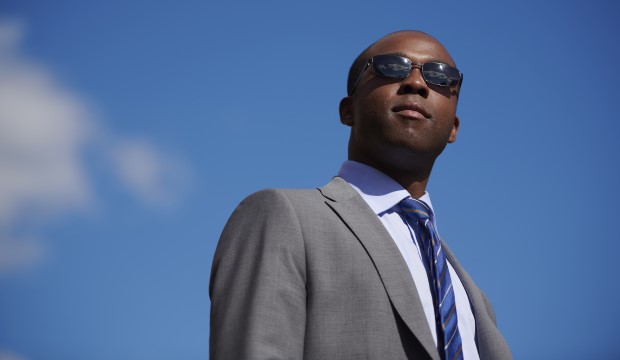 Bartlett introduces the to-be-bullied sales associate Thomas (Ken Nwosu), following him with a montage of over-confident clichés. He reads a guide to fortune called ‘Millionaire by Forty’, drives passed a conveniently placed billboard stating ‘Build Your Future’, and saunters into his middle-management office with a spring and a smile. But things go downhill when his pitch-meeting fails, with excruciating results, leading to his project team bullying him because of the failure.

It’s a bit of a jump to believe that his team would suddenly turn cruel. Bartlett explains this later, as the company comes under greater pressure — catalysing all the workers to conduct devious schemes and acts of psychological warfare. Thomas’s team wear him down with insulting questions, repetitive mind-games, and condescending sticky notes, which he laughs off initially before realising the bigger problem. We’re plunged into his anxiety, thrown into the deep end, and the paranoia slowly sets in.

These bullies — chiefly the annoyingly masculine Andy (Sean Sagar) and the mockingly inquisitive Becky (Ritu Arya) — aren’t drawn with many dimensions; they exist only to cause Thomas pain and fulfil the show’s themes. But Bartlett’s writing appropriately cringes through these scenes of verbal abuse; every veiled insult and intimidatory question filled with their own horrible sting. 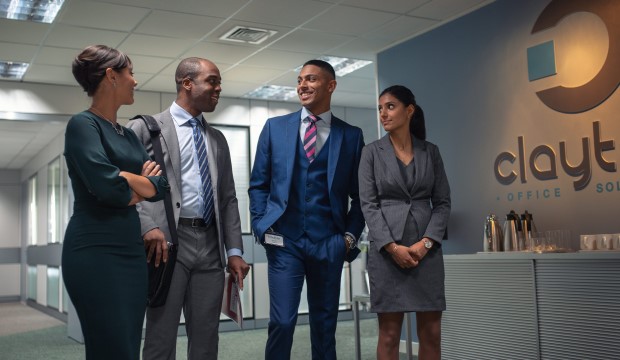 After the pitch-meeting goes badly, Thomas's team degrade him for it

Bullying also affects his daughter, who’s mocked at school for being deaf. When the struggling Thomas signs to her that she should ignore them, she signs back: ‘Doesn’t work’. She knows it, he knows it, and anyone who’s suffered or suffering because of bullying knows it too.

Sticks and Stones travels on a continuum of misery, reflecting Thomas’s anxiety, but leaves little room to breathe. He rarely gets a break, constantly sneaking around razor-sharp eggshells, and this breaks much of the series' watchability.

Bartlett throws his stones close to home, and, in some ways, it’s refreshing to have a series that shows the mental effects of bullying rather than treating it as a comedy bit. With gloriously hilarious shows that craft eloquent humour from bullying like Succession and The Thick of It, the more anguished, more human cases are left under-explored.

Even though Bartlett doesn’t examine these bullies in any great depth, he provides a much-needed shout-out to the nice guys in the office; those not built for abusive office politics. They deserve a voice.

Sticks and Stones airs Monday 16 December at 9pm on ITV, continuing on Tuesday, and concluding on Wednesday.