In True Detective episode 5, 1990 Wayne (Mahershala Ali) is getting closer to finding the truth and so is 2015 Wayne. The latter seeks an old friend for help

There’s little heard from 1980, aside from the fallout of episode 4’s cliff-hanger – in which Woodard lays explosives in his house when the racists come knocking with shotguns. It’s a thrilling opener, and shows Pizzolatto’s talents with action as much as dialogue. 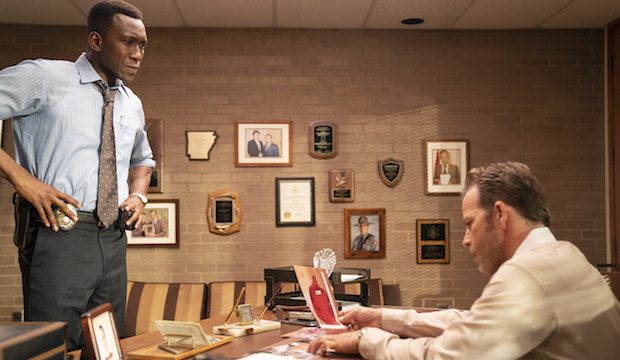 Wayne (Mahershala Ali) and Roland (Stephen Dorff) getting closer in 1990

Mostly, we’re taken back to business as usual in the 1990 timeline. Wayne (Mahershala Ali) has seen Julie Purcell on CCTV, and the reality of her being alive sparks a media storm. This is a classic snoop-and-find storyline, but Wayne and Roland (Stephen Dorff) are under the overpowering eye of the district attorney Gerald (Brett Cullen) who’s intent for the Will Purcell murder case not to be involved. He’s always been Suspect No. 1, especially given the information provided by the documentary filmmakers in 2015 about local paedophile rings.

But Pizzolatto wouldn’t be that easy, would he? This was never an easy case - that’s why it’s taken 35 years to make any sense out of it.

Wayne’s mind starts to deteriorate even further, climbing up the stairs in the light and suddenly walking into the dark as an old man. Even if we’ve lost some of the Pizzolatto Tension seen in his direction last week, the editing in episode 5 is remarkably vicious – as it should be with a narrative so psychologically jumbled. Editor Leo Trombetta crafts these time-shifts to jarring but arresting effect. 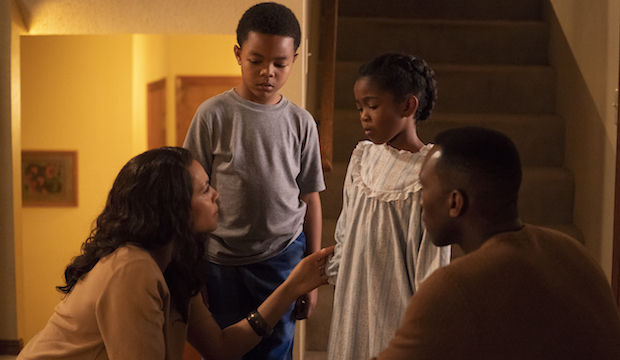 This season probably didn’t need eight hours when six would’ve sufficed. There have been a fair few empty and repeated spaces this week, namely in Wayne and Amelia’s (Carmen Ejogo) continuous arguments about the case. Pizzolatto clearly has a lot to say about the current (though eternal) fascination with these gruesome tales, but it’s just a rehash of what’s been implicitly said in previous weeks.

However, the closing dialogue between two old friends is beautiful, even tearful, and a perfect way to set up the next chapter of the story.

True Detective season 3 is climbing close to its end, and although it’s not been an overly exciting adventure, it’s been fascinating to journey with the fading Detective Wayne Hays.