Pure episode 2 review 4 Pure episode 2 review Euan Franklin
One’s twenties are an anxious time. Who are you? How should you act? Who do you want to be? Identity crises come with the age. But not quite like 24-year-old Marnie (Charly Clive), who suffers a specific and sexually intrusive form of OCD. She doesn’t know what she has, and therefore can’t determine who she is ('I don't know what "Me" feels like'). This is an identity crisis like no other.

She attends a sex addicts’ meeting, where she anticlimactically discovers she’s not a sex addict, and meets Charlie (Peaky Blinders' Joe Cole) – someone with whom she can express her explicit thoughts. She also seeks her near-one-night-stand Amber (Niamh Algar) to apologise for her behaviour… and to ask whether that website internship is still available. 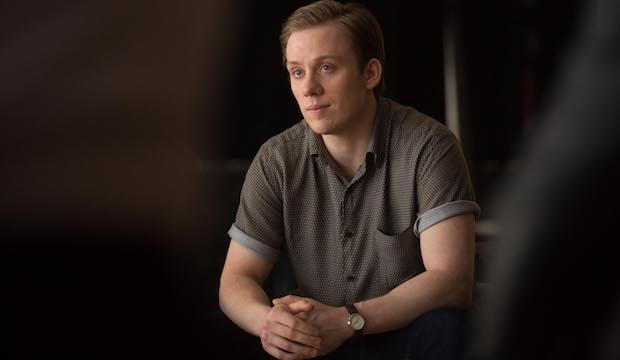 Marnie is still exceedingly awkward and needs to exert all the nervous energy somewhere, often waving and saying ‘Hello’ to break the silences. This is especially funny during her apologetic meeting with Amber, who clearly takes no shit. Niamh Algar’s hilariously hard-nosed performance rivals that of Clive’s, and watching them act alongside each other is a comedic delight. 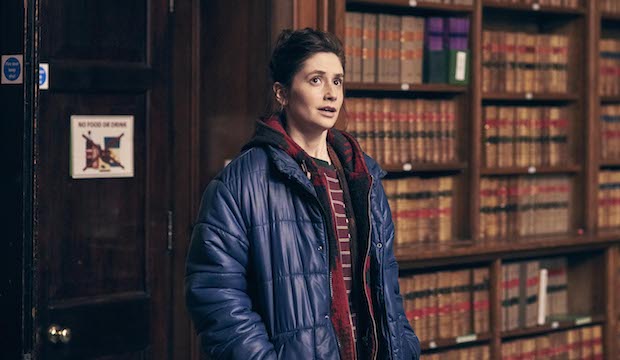 Along with Kirstie Swain’s emotionally involving script, Aneil Karia’s direction drops us firmly into Marnie’s constantly perturbed psychology. We feel everything she feels, though her orgiastic visions are spare compared to last week. We feel the strong stares from others around her, the overwhelming pressure to be 'normal', and the horrible realisation of misunderstanding something simple. It’s a constant, on-the-edge experience.

But Marnie is resilient and, despite fumbling through so many situations, she’s strong in her struggle through the nervous dark. And in this episode, Charlie provides her with some light that could help her deal with what she has, and with who she is.

Pure airs on Wednesdays at 10pm on Channel 4. All episodes are available to watch on All 4.