In the Long Run review Sky 1

TRY CULTURE WHISPER
Receive free tickets & insider tips to unlock the best of London — direct to your inbox
In the Long Run, a comedy based loosely on Elba’s own adolescence in 80’s London, is the heartwarming Sky1 comedy following a young Black British family making do in a multicultural but fractious London, set against a backdrop of enduring Brixton riots and awkward racist terminology.

Walter (played by Elba), his wife Evelyn, and their teen son Akuna, have been living happily in a rather grubby estate since their arrival from Sierra Leone 13 years ago. Unfortunately, a letter arrives from Walter's mother informing him that his wayward brother, Valentine, is on his way and will need picking up from the frosty London airport wearing only a t-shirt.

TV is overflowing with fluffy period comedies this March – from Call the Midwife to The Durrells – and although In the Long Run's humour is less ferociously funny and more gentle, lilting and charming, it offers a rare and fresh perspective on London life and Black-British culture with warmth and good humour.

The close quarters of tower-block life give us meaningful family drama that encompasses growing-up in the 80s with good humour and a view of Black-British culture divorced of bleakness – plus it stars the pop-eyed, disheveled and downtrodden Bill Bailey (always a winner),

Soft, gentle and timelessly enduring: this is the sweet and gentle comedy to pass the miserable spring days with. Just don't expect any belly laughs. 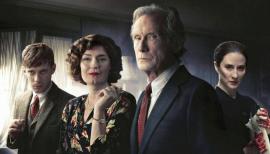 Ordeal by Innocence, BBC One 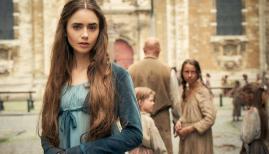